GLONASS helped us pass the Atlantic. The passage wasn’t too difficult, as we were lucky with the weather.

And that’s how it all started…

This huge cobblestone is the last piece of land before the ocean. 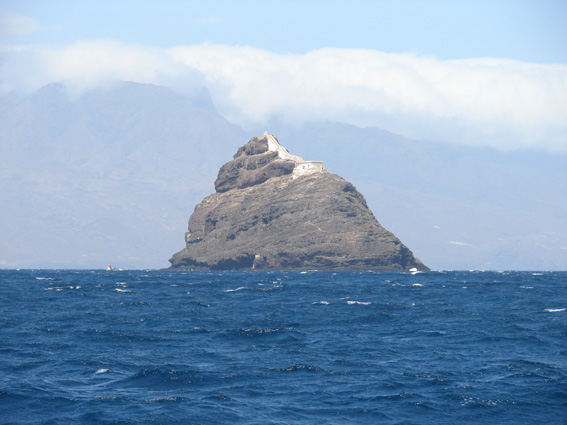 Our objective is to make 2,017 nautical miles from Cape Verde (the Cape Verde Islands) to Barbados (the Lesser Antilles). The GLONASS’ task is stable operation and precise coordinates of our location in the Atlantic and our task is to test the operation of the system when crossing the Atlantic. 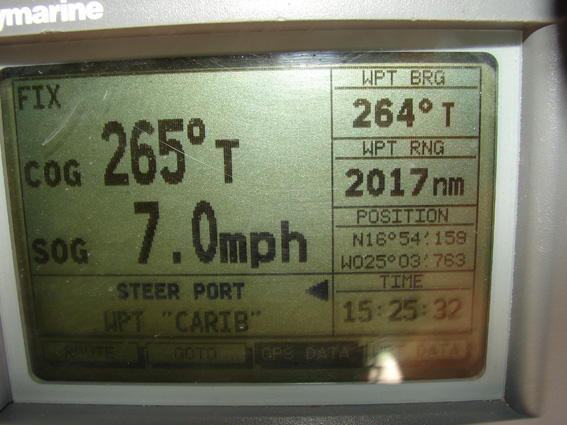 One of the conditions for a successful passage is to avoid bedsores. 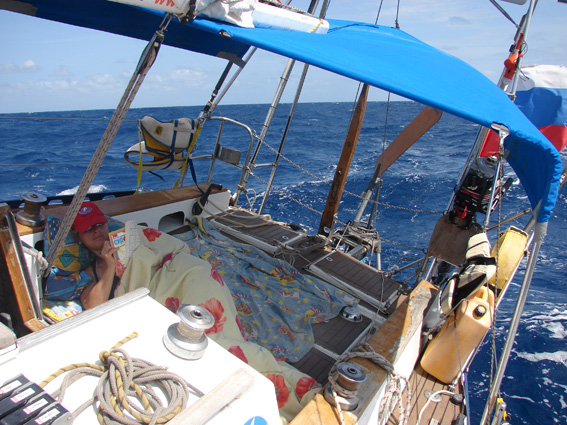 Therefore, we sometimes had to stay for a long time and look into the distance. 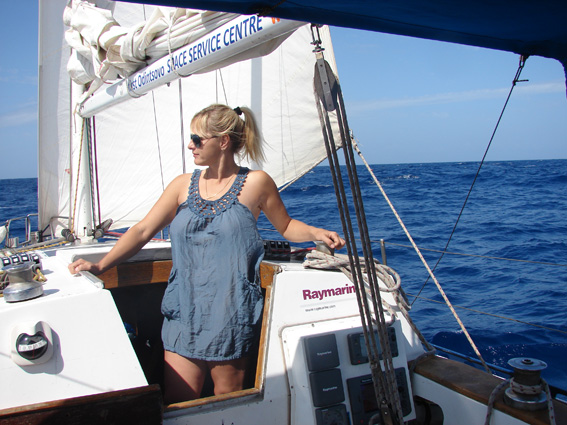 During three weeks of the passage over the Atlantic we managed to perceive THE ONLY ship. 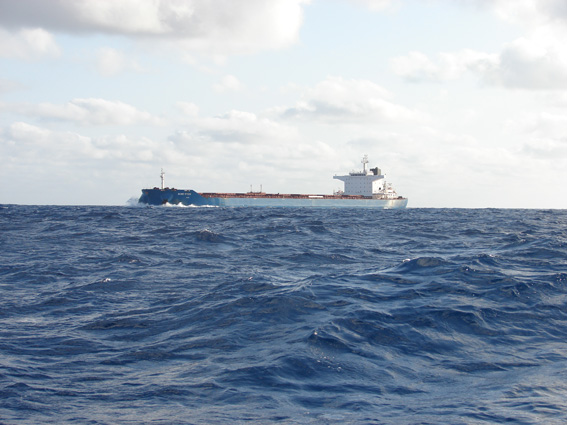 We decided to fish as to try a newly-purchased rod. 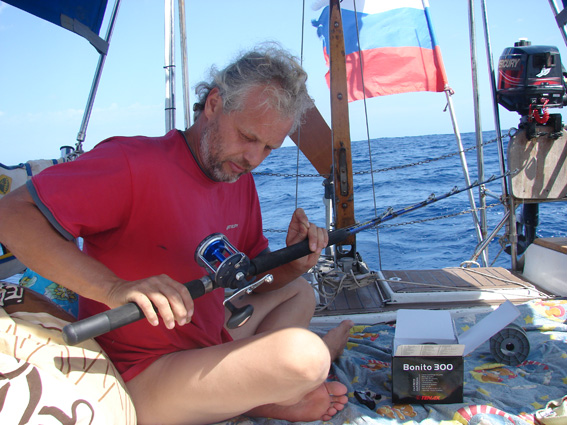 and the result was soon to arrive. 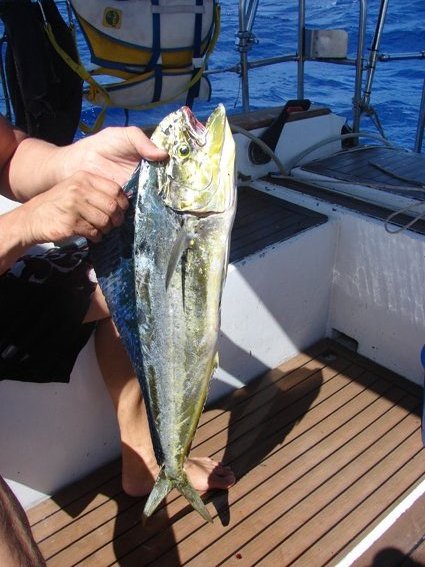 Our hook caught king bluefin and barracuda (frankly speaking, we have no idea what they are actually called, let real fishermen forgive us). 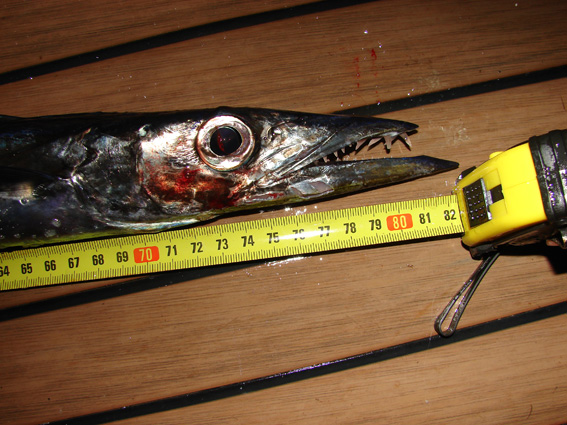 As for numerous small fry, it flew to us itself. 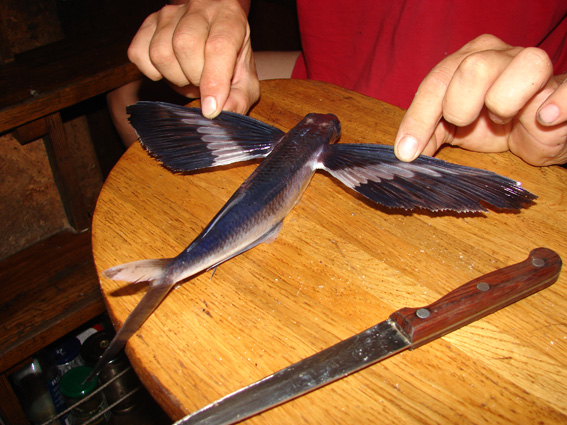 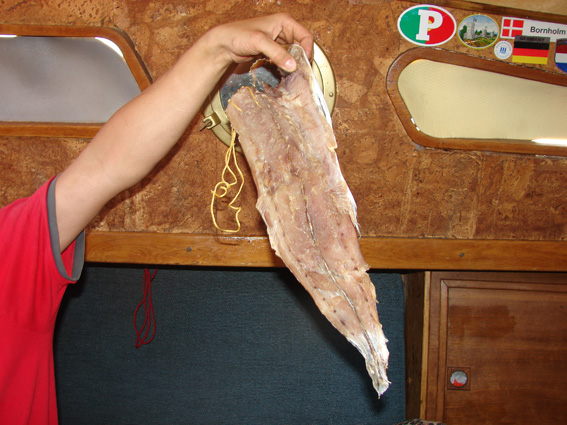 Freshly caught fish cooked with onion, lemon and oil is delicious as are pancakes with balyk. 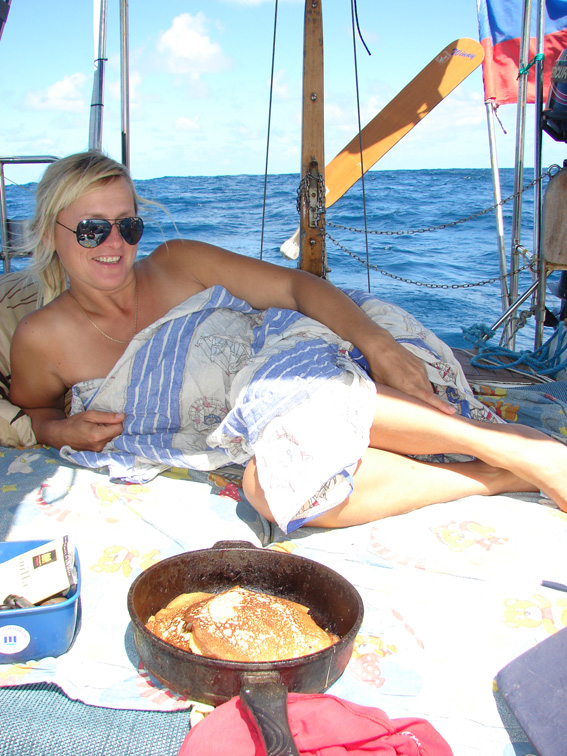 We just lapped it up. 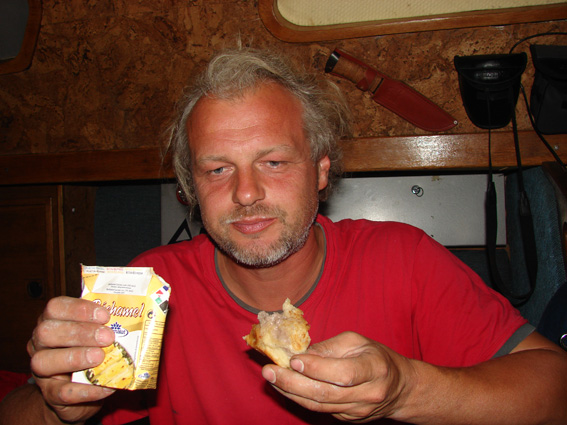 When the next candidate for balyk made a finger-wide knot of the rod fastening of stainless steel, 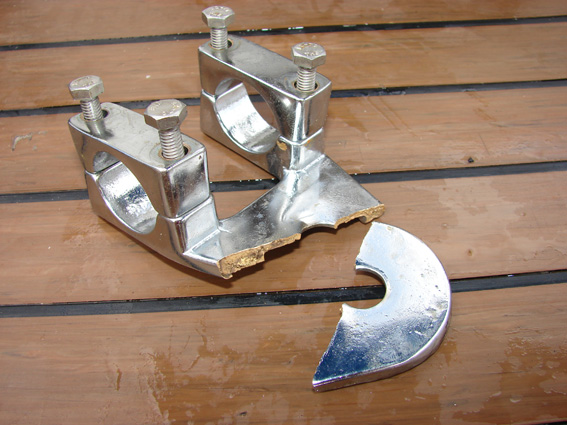 I decided to clean the gun just in case. 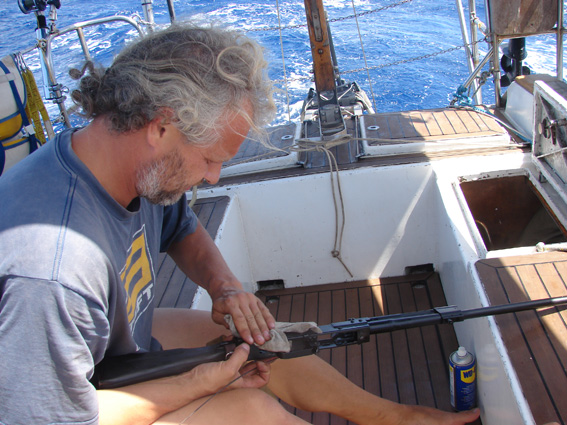 The passage over the Atlantic takes time, so I finally found time to tastefully smoke the pipes which Syoma gave me as a birthday gift. 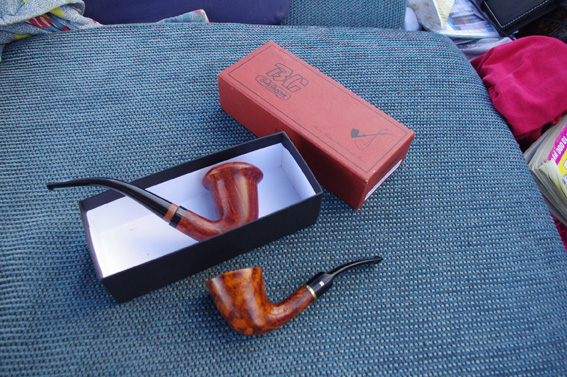 For that, I say a great big thank you to Syoma. 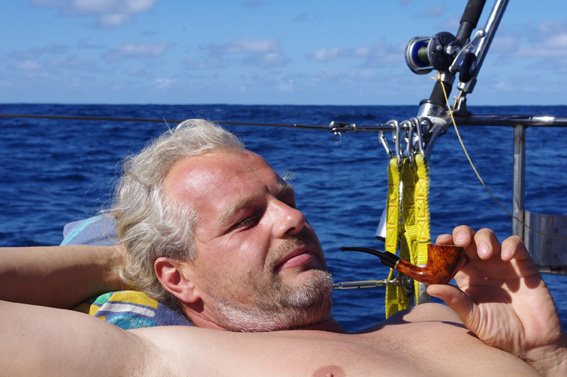 As for sailing across the Atlantic, it’s not difficult all in all. The main point is to have the Sun rise astern, 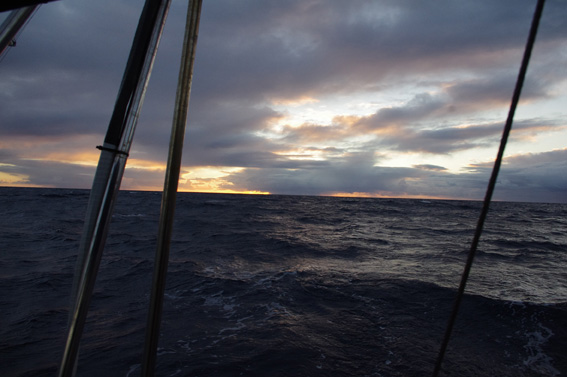 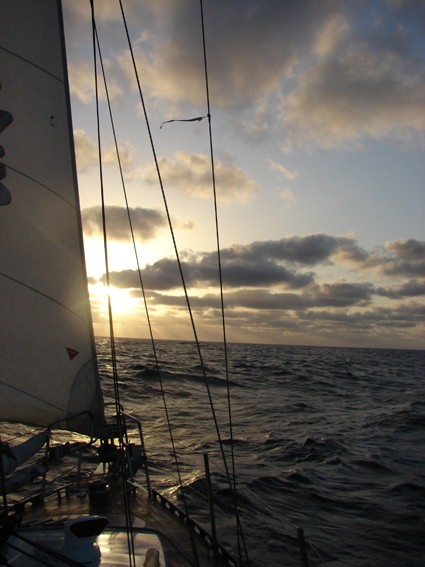 and shine from above at daytime. 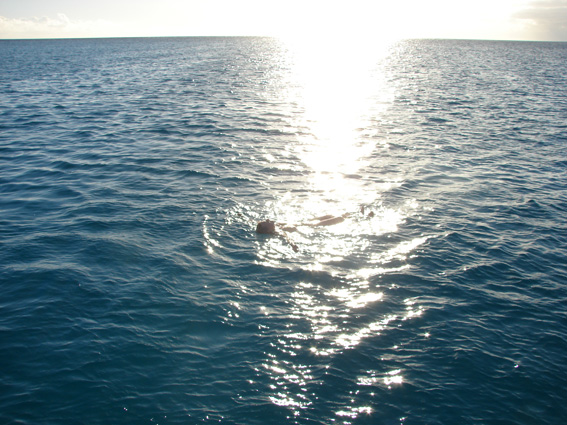 And what is even more important, have the GLONASS system run and tail wind blow. We wish that to everybody!