Having reached the Panama Canal, we decided to arrange an excursion by the historical places. To be brief, all those pirates of the Caribbean are a trifle. All the commotion took place in Portobelo (a port in the northern part of Panama, the Colon province, from which in the 17th -18th centuries a “silver fleet” loaded with treasures left for Spain, and the “beautiful harbor” name proper indicates the convenience and depth of the bay) and in Nombre de Dios nearby. What thrilling names! 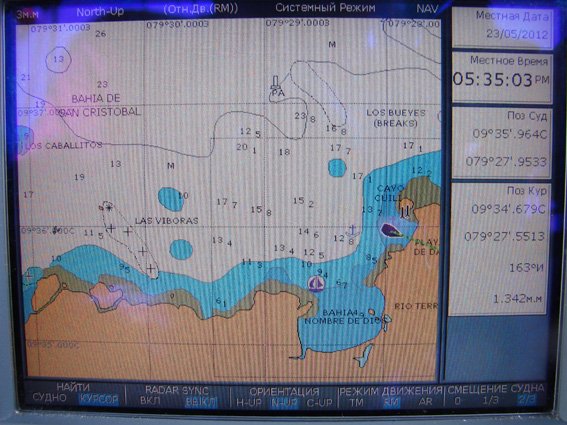 The matter is that all gold of the two Americas accumulated at the Portobelo customs and awaited escort from Europe. Obviously, that’s where both Sir Francis Drake and Henry Morgan were around. Yet, I’ll tell everything in its proper order. Behind the small island to the left. 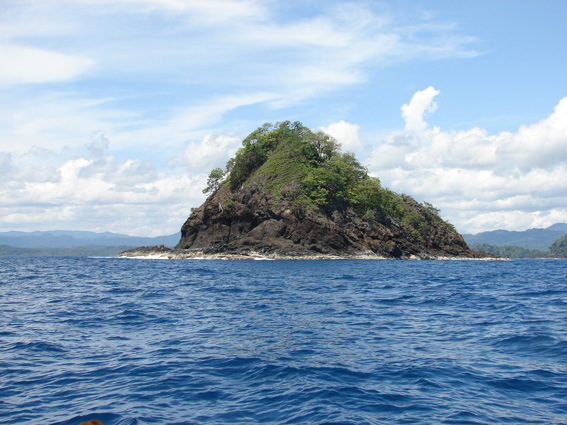 We get to the bay of Nombre de Dios. The jungle goes down to the sea. 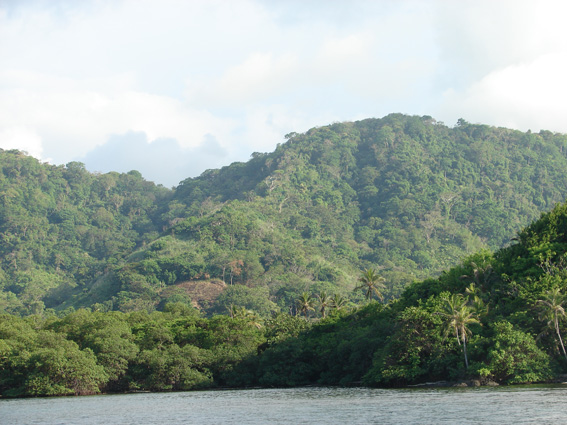 And real jungle it is. 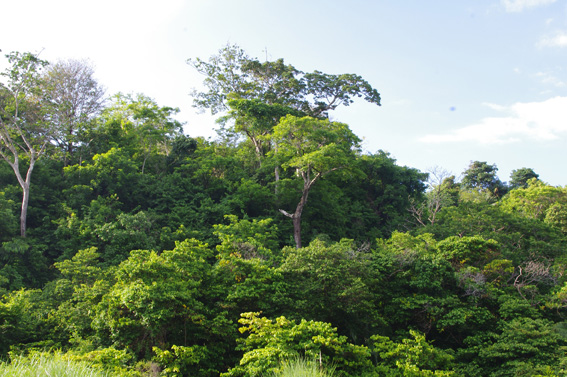 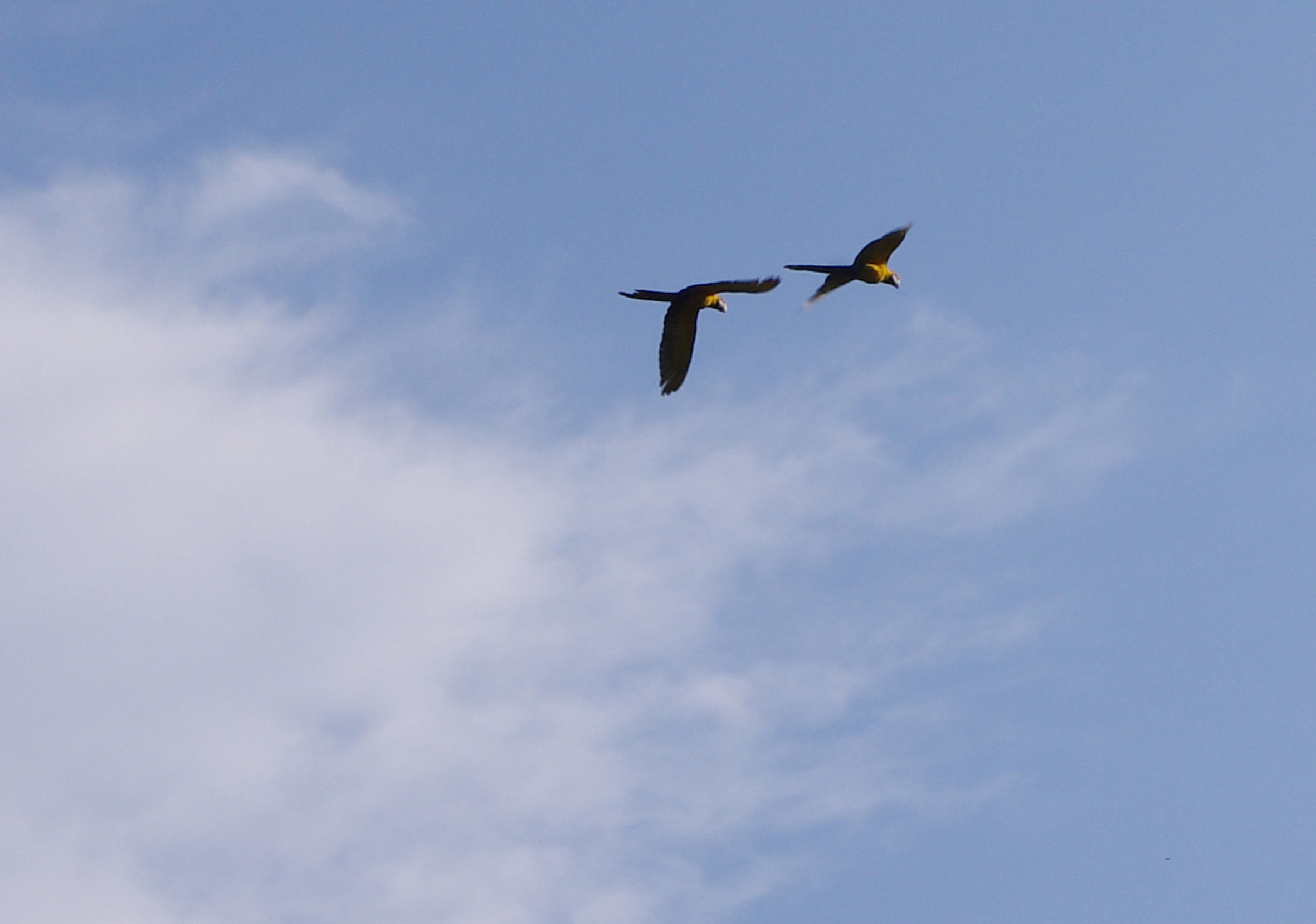 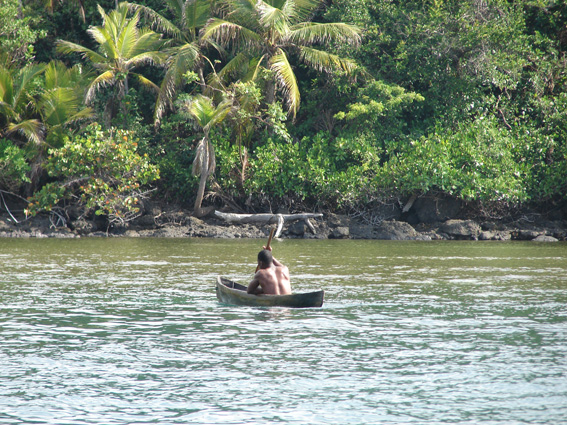 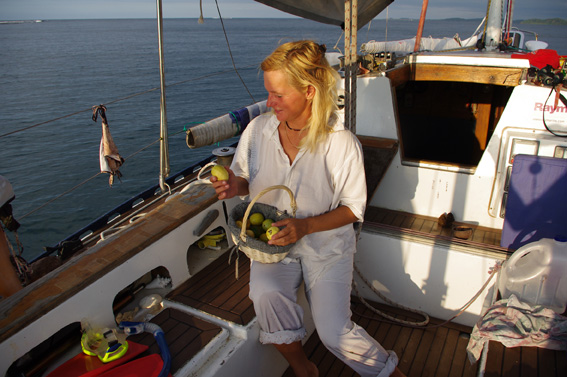 There’s nothing to do in the bay, but for taking off your hat and remembering old man Drake who lies somewhere there at the sea bottom in a lead coffin. In about 10 miles there’s Portobelo bay (by the way, a UNESCO World Heritage Site). 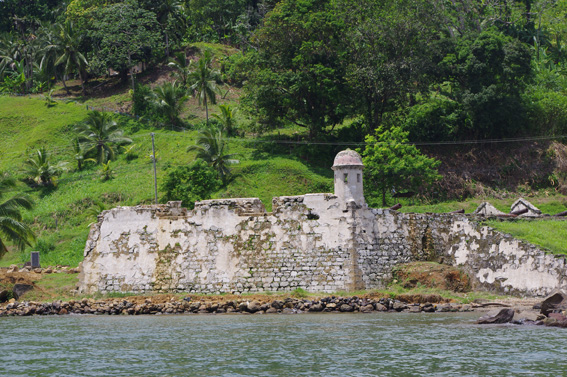 On the very bank, there’re two stone buildings. A church. 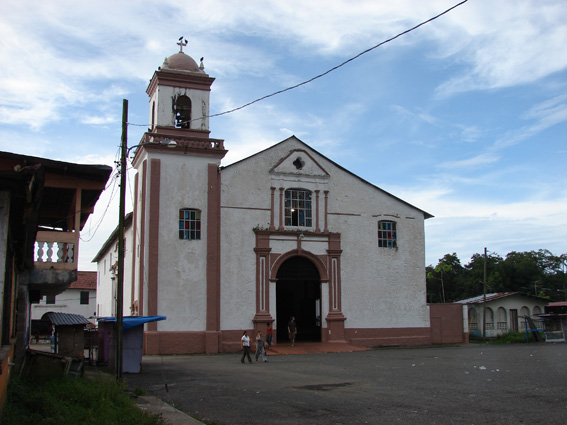 And the custom-house mentioned above. 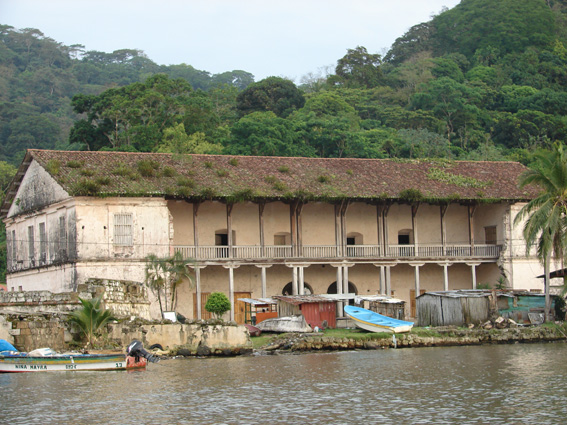 Everything’s surrounded by the walls along the perimeter. 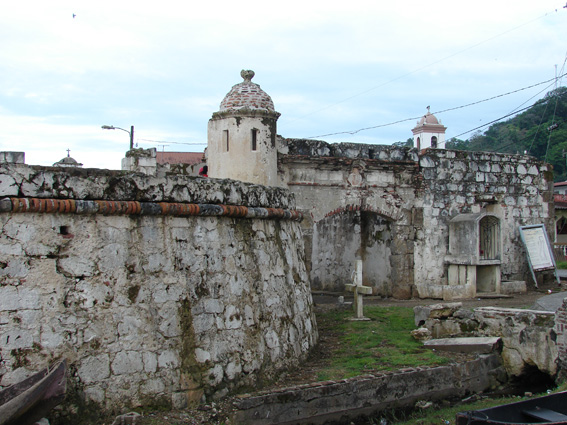 And by the forts. 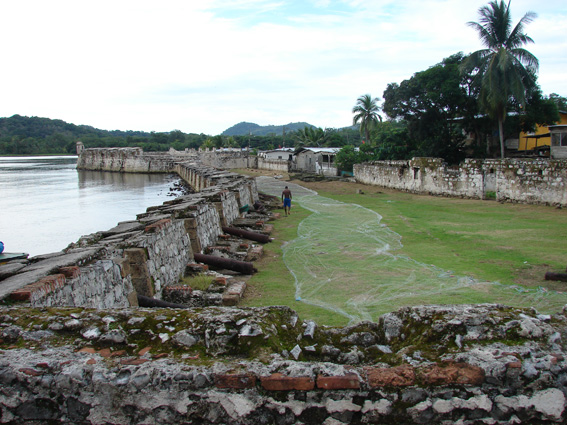 There’s a museum in the custom-house today. Portraits like “Wanted” and “Henry Morgan, a pirate who attacked Portobelo in June 1668” are still hanging on the walls. 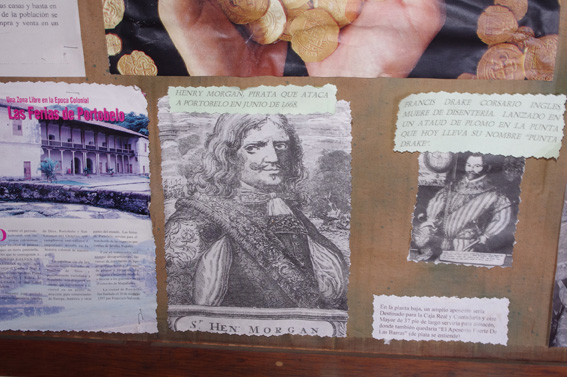 Now, imagine how pirates were climbing the walls.
Someone with a pistol. 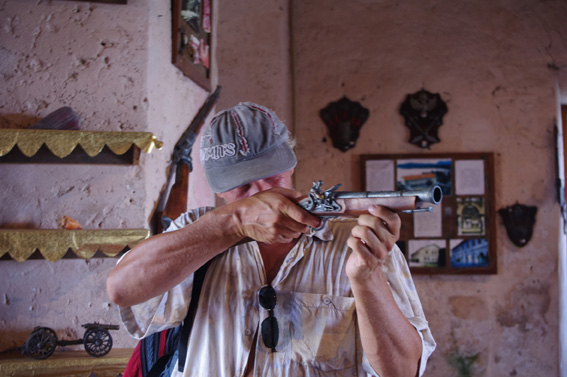 Someone with a gun. 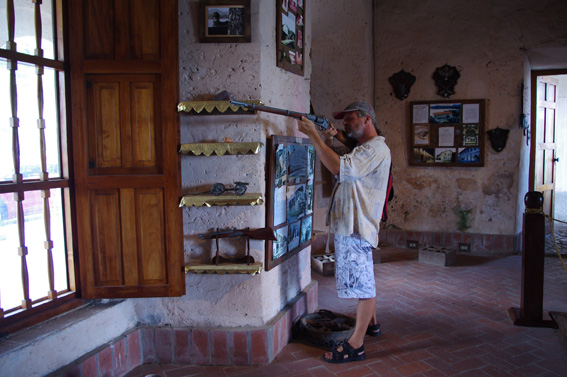 Someone with a saber. 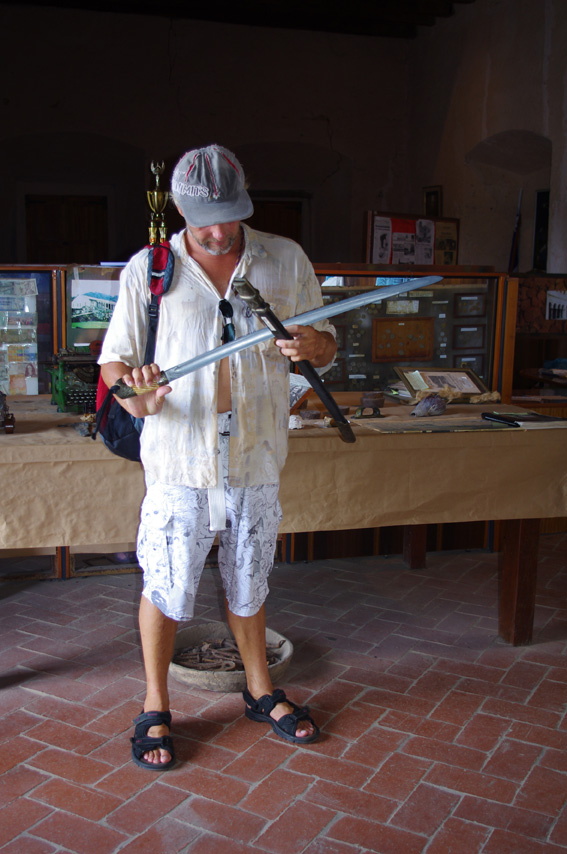 What a funny mark on the saber. 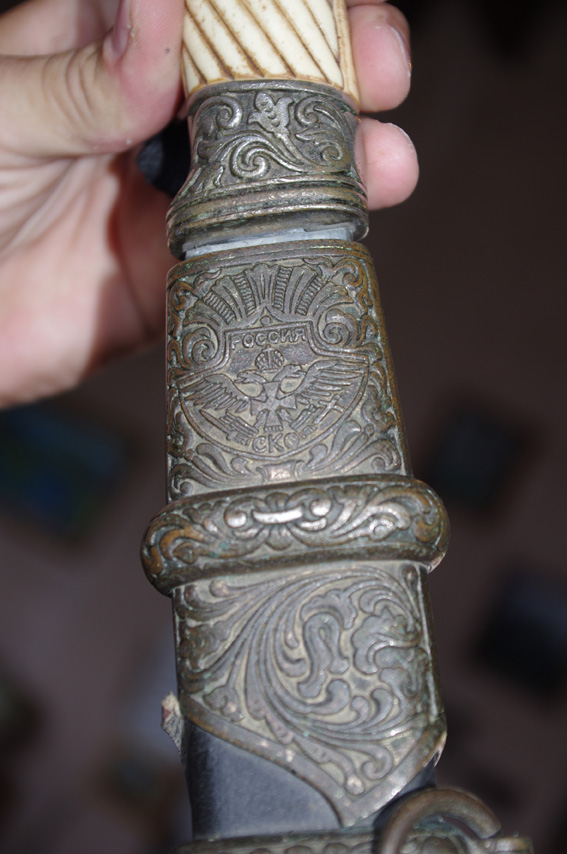 When the pirates were not attacking, people had rest on the verandah of the custom-house. 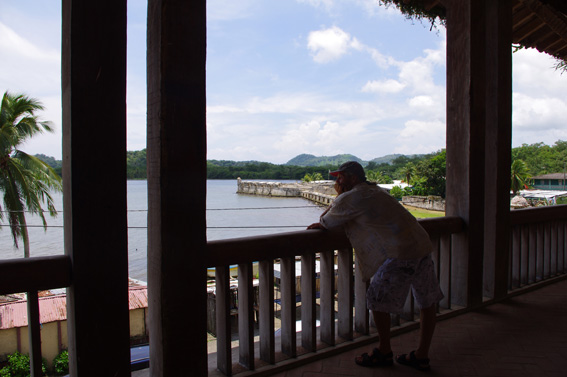 And they cast a glance on the cannons from above. 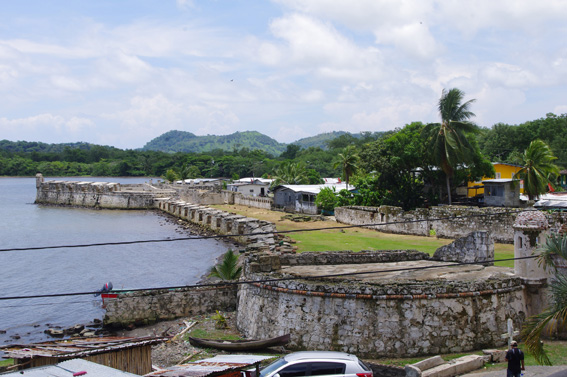 As for the cannons, they still dream about the Jolly Roger. 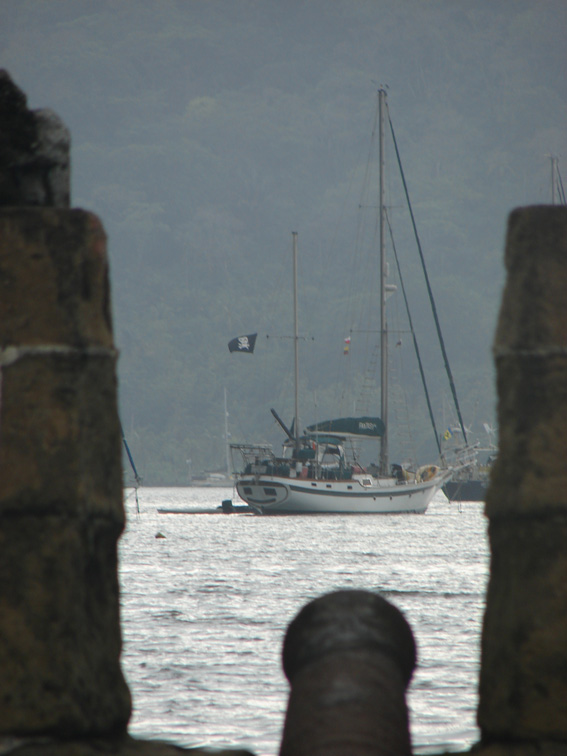 Today, the village of Portobelo is a shadow of the past grandeur. 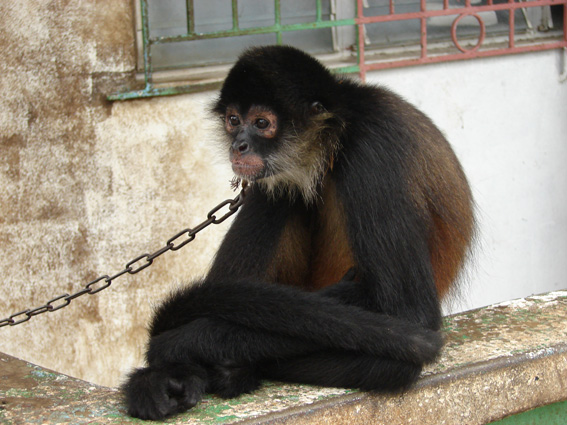 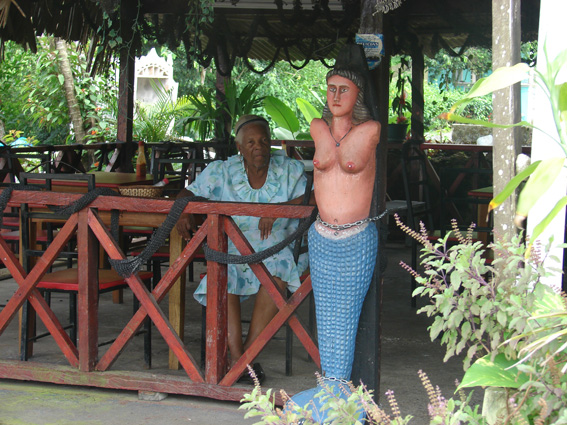 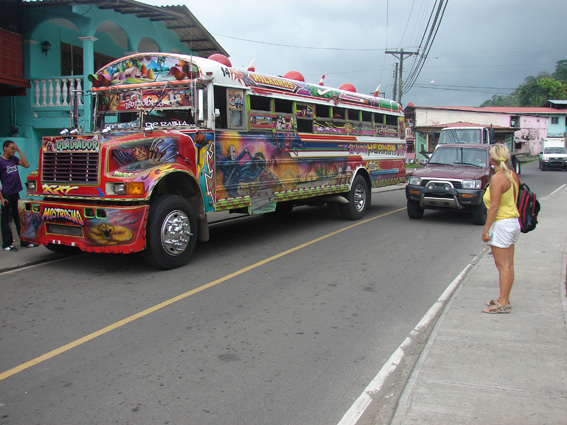 As well as a meal that cost five bucks. 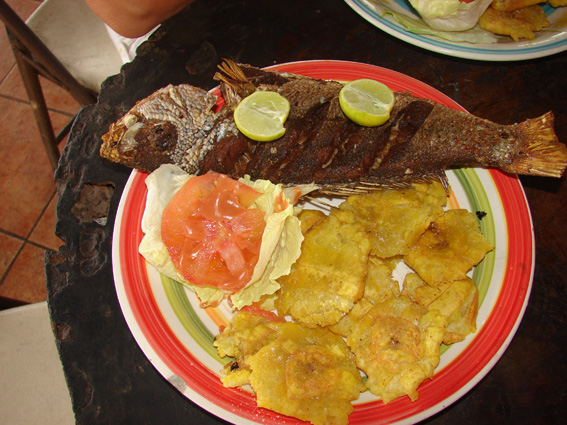 Thunderstorms are pretty much inspiring. 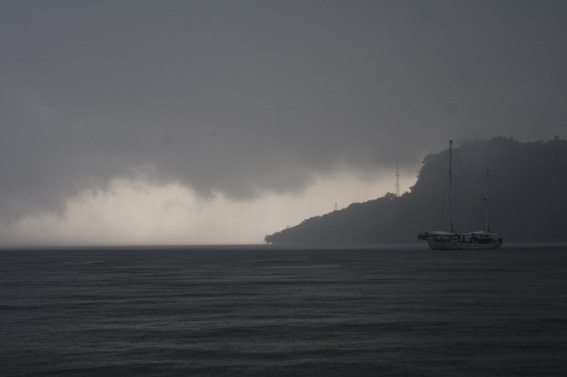 As is full moon. 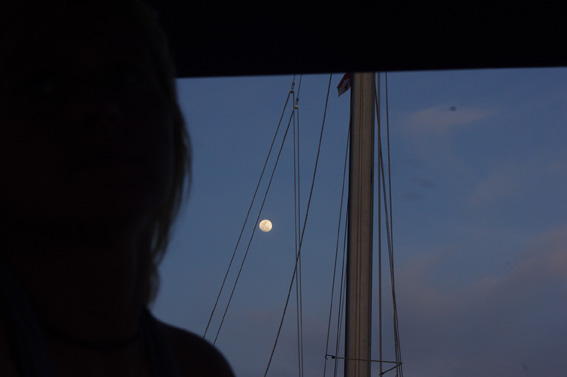