Here it was, the long-expected entrance to the Panama Canal. To be more precise, not to the canal proper, but to the port of Colón city (from Spanish Ciudad de Colón). Along with Panama, Colón is the main port of the country. There were as many ships as fleas on a mongrel. The AIS counted 99 and hang … Evidently, there was no more free memory space. 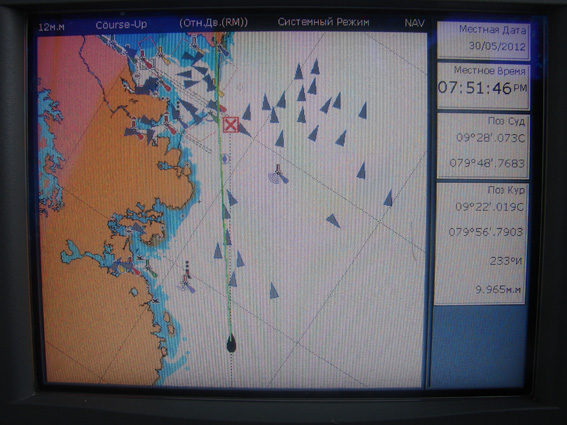 The manager of a yacht club, who spoke neither English nor French, used Google Translate to talk to us and in reply to any questions said ”Go to colon.” Lena helped avoid a scandal as she grasped that we shouldn‘t translate the English word “colon” literally. Colón is a Spanish way to pronounce the name of Columbus after whom the city of Colón was named. What kind of city is it if its outskirts look approximately as follows. 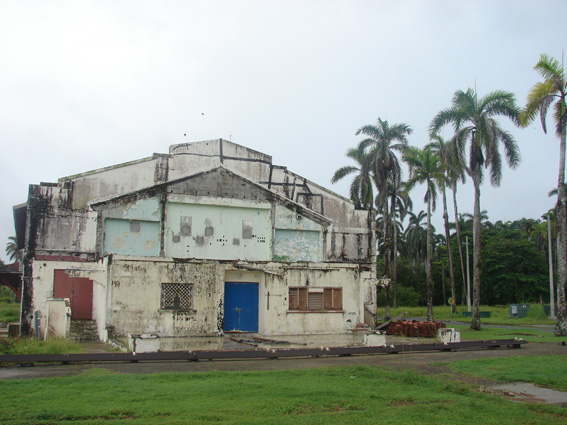 Well, the Sheltor Bay yacht club was good, yet, as expensive as an iron bridge. It’s clear, if you don’t want to pay, go to Colón. 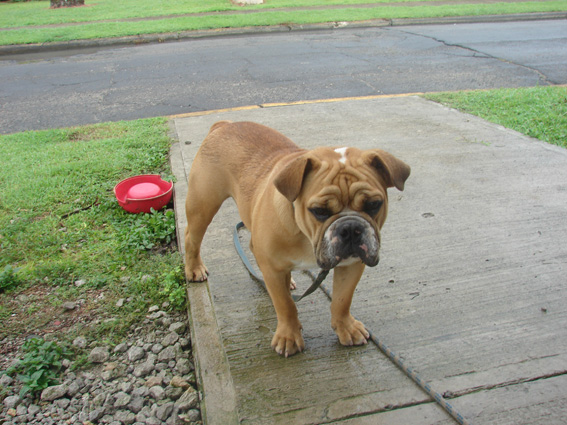 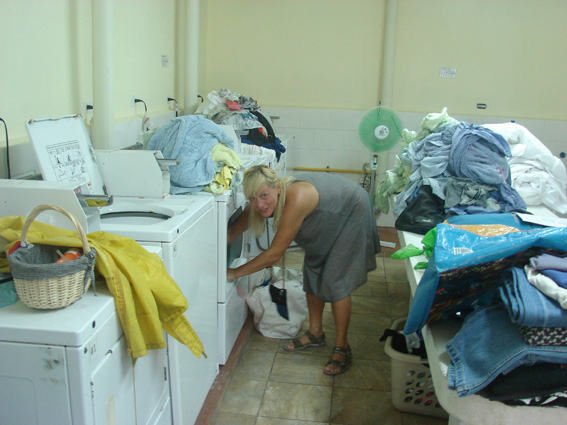 …with the ladies’ club… 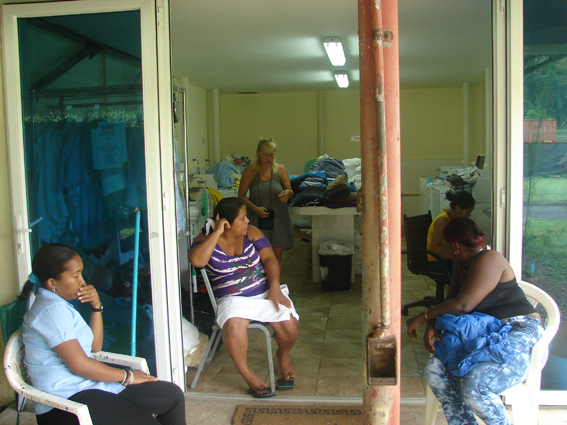 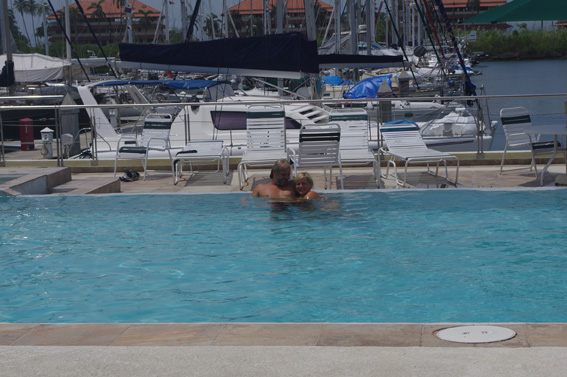 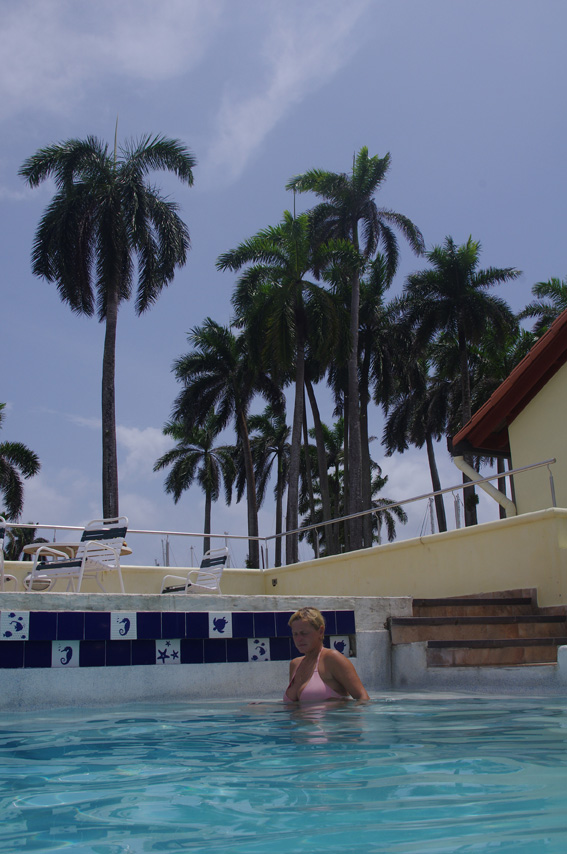 …a shop with pineapples… 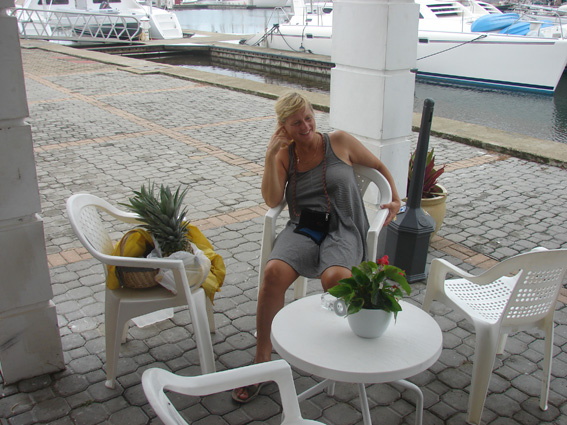 …and even their own pirate party that will be held on June 14. We’re deciding whether to go or not, after all, it costs 15 bucks per person. 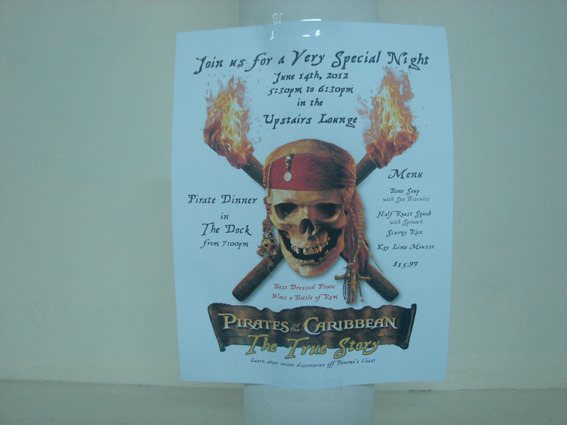 Frankly speaking, during all the last week we had no time for entertainment at all, as we decided to take the yacht out and clean it … after all, a year en route. 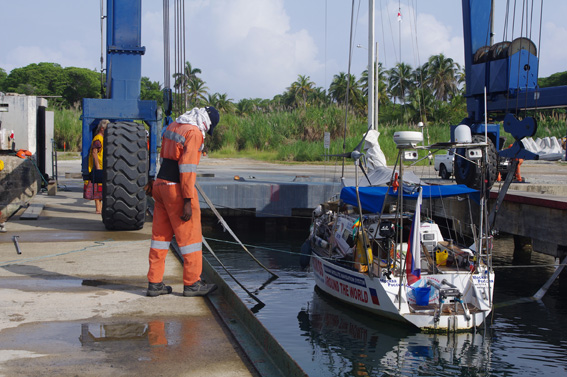 It was completely fouled. We hardly cleaned it with Karcher. 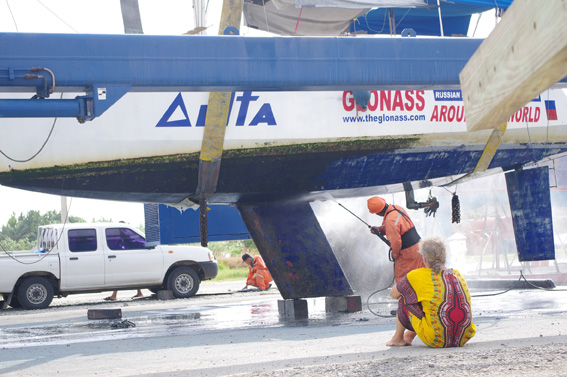 And so it started… from dawn… 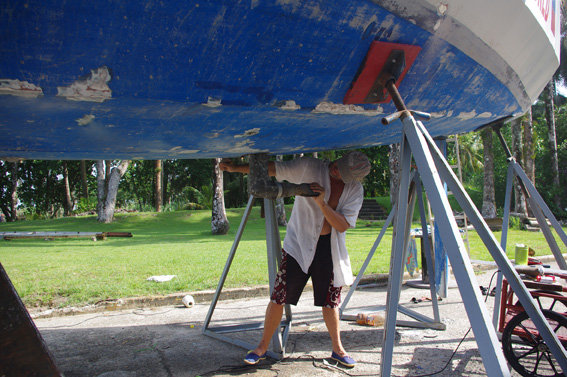 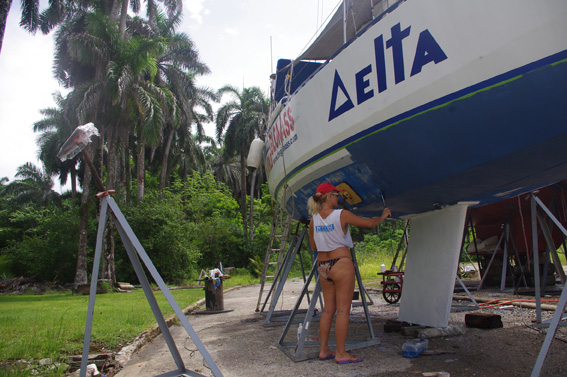 We wanted to hire the locals. 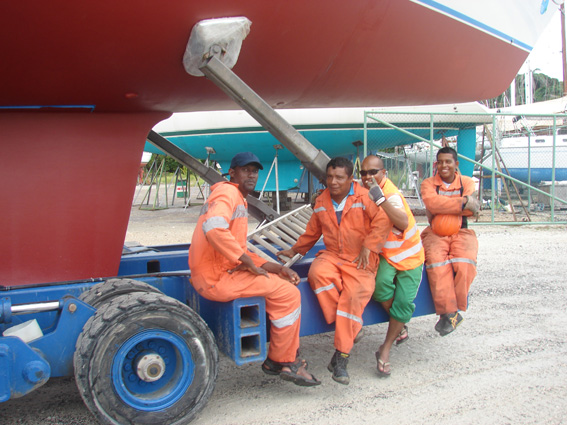 But then we saw the keel of a boat, which was just repaired by skilled Panamanians, fall and decided not to risk and to do everything on our own. 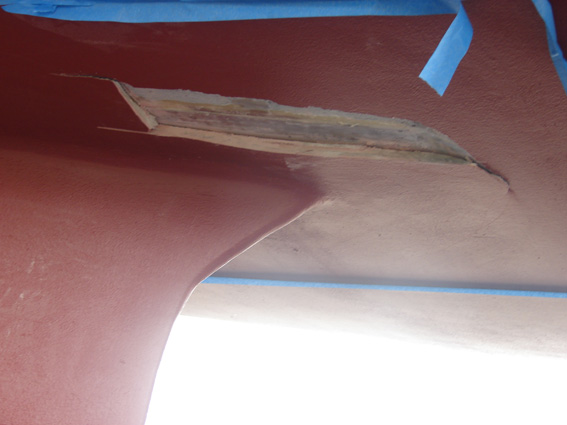 While the paint was drying, we walked in the forest. 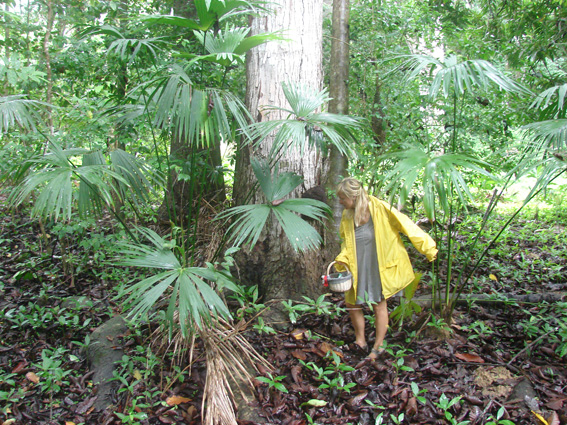 And in the meadows. 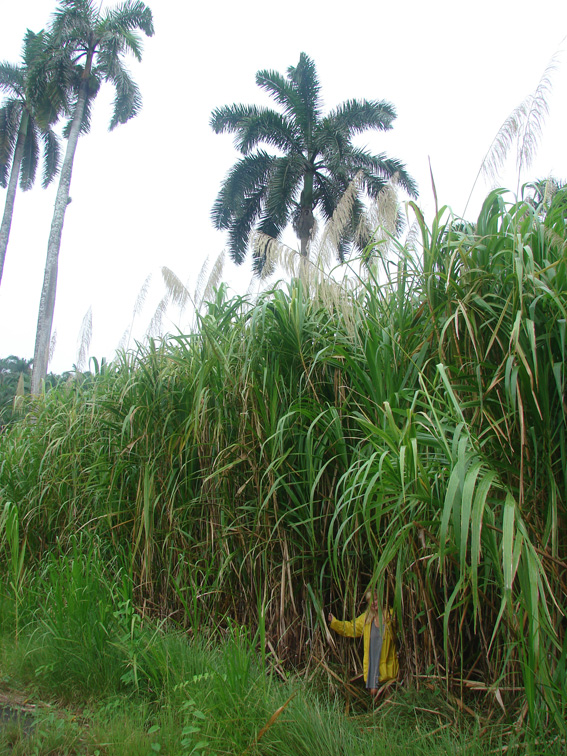 And, feeling a pang of nostalgia, we tried to find some mushrooms. 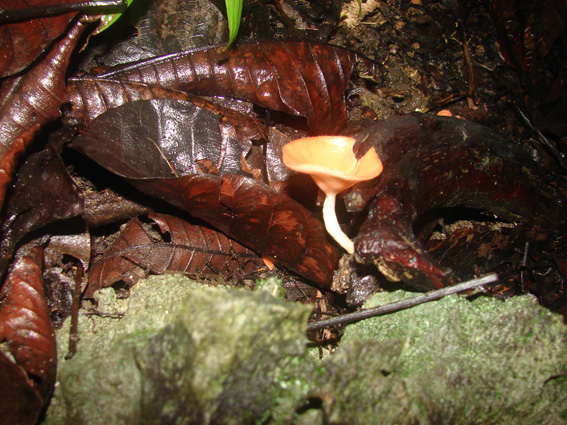 We got scared of arthropods sitting in holes. 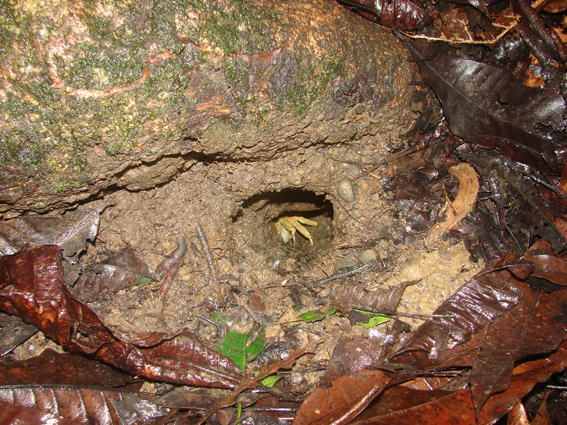 We picked some palm juice. 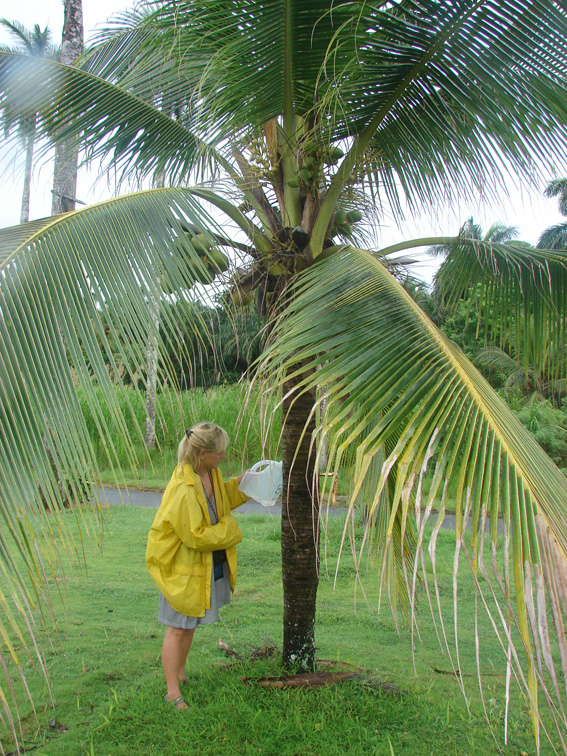 Then we used a local recipe to make a brew of it. 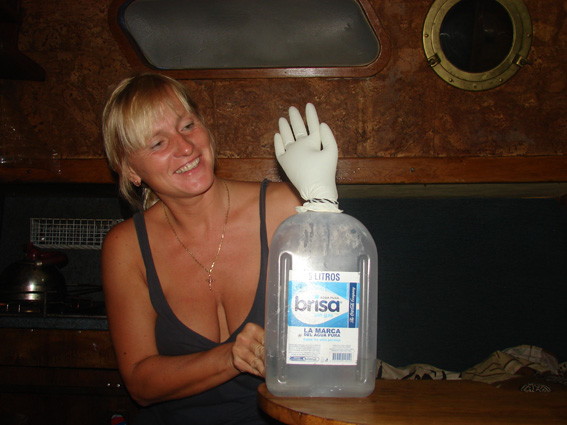