We still cannot state our attitude to the Galapagos Islands. Moreover, we are too busy. After the two-week tacking EVERYTHING is wet and salty! There’s simply no dry spot on the boat. So Lena is sorting out the stuff and I’m catching small but very nasty things left after the storm, like burnt-out lamps, corroded buttons, loosened fixings and whatnot. We are at war with ATMs again. Notwithstanding all our letters to Sberbank and the fact that we found an acquaintance, the automatic system keeps blocking our bankcards. So we have no time for excursions so far, therefore here’s one more post about the passage. At first, light nostalgia about an almost Edenic week on the Las Perlas Islands. A beautiful place, indeed. 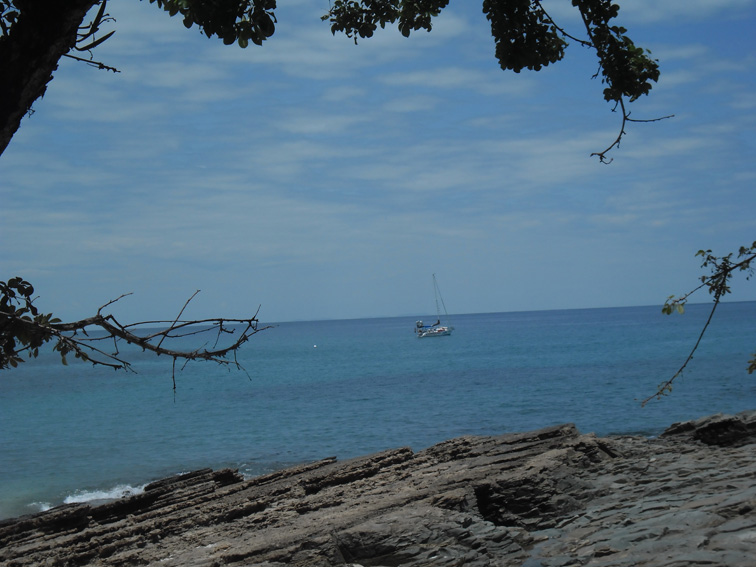 At daytime, we went to uninhabited islands with lovely beaches. 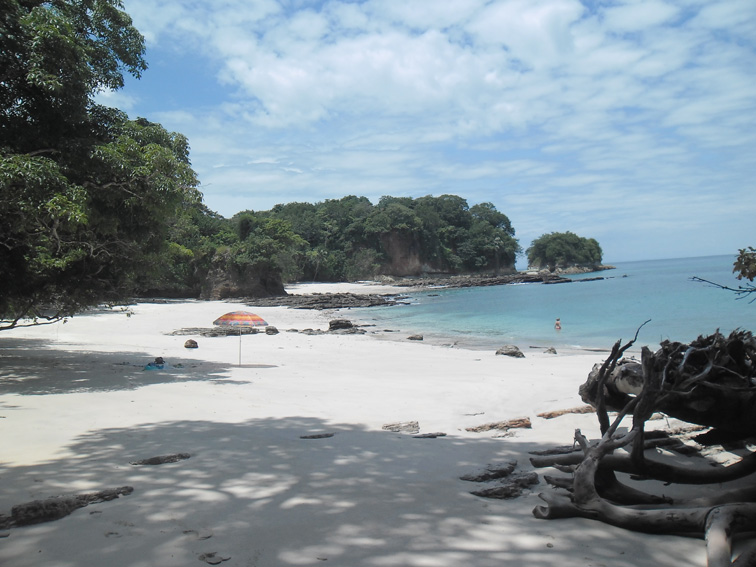 And diving was awesome. I learned how to use an underwater gun and we enjoyed delicious freshly caught fish all week long. A sharp harpoon rules. 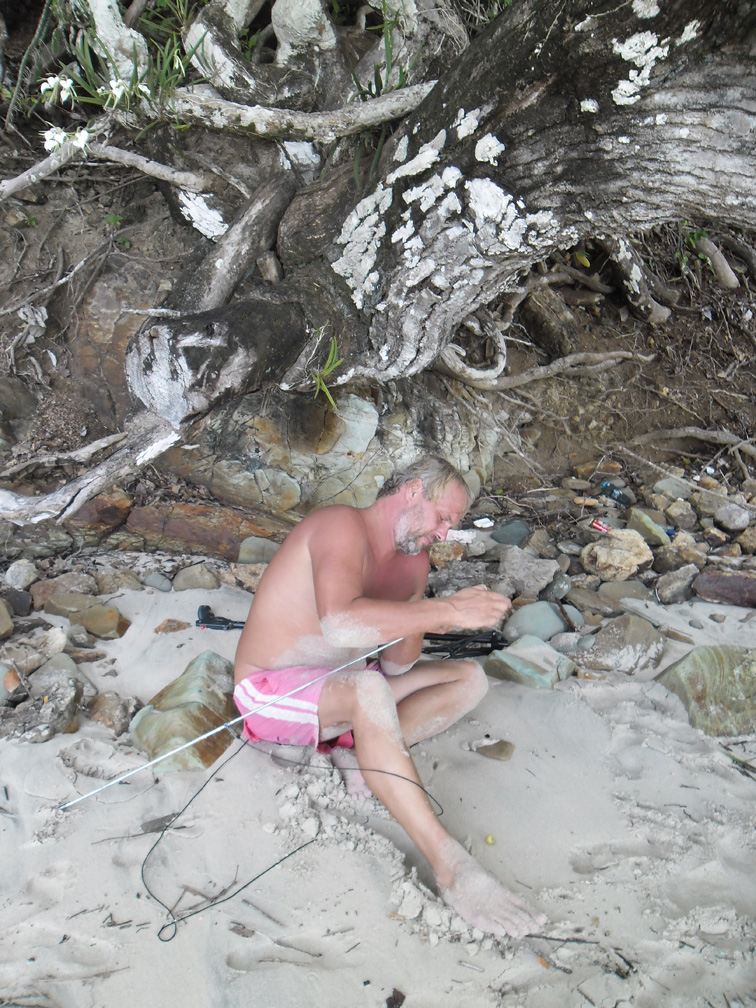 La Perlas is one of the three places in the world where whales perform courtship rituals and give birth to calves. 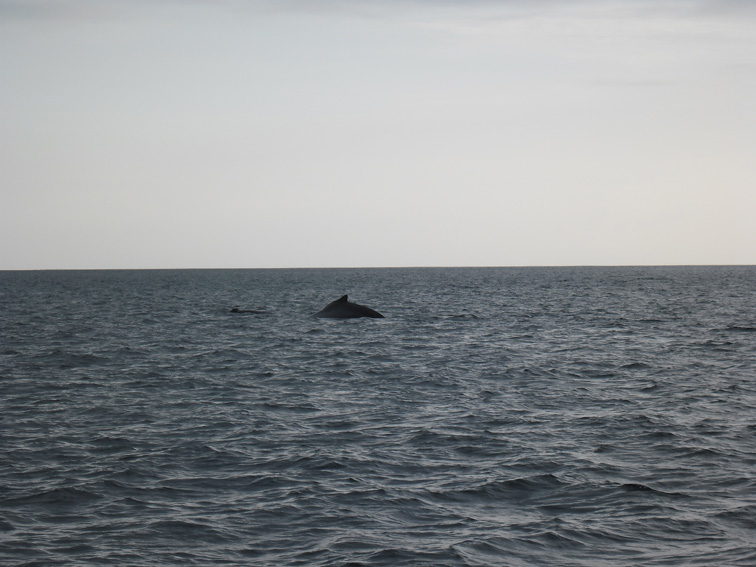 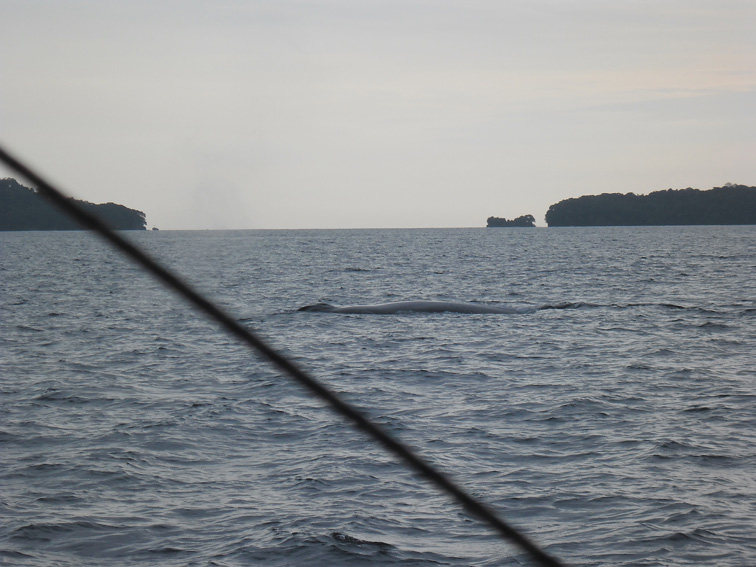 In the evenings, we returned to the civilization. The main reason was a surprisingly fast Internet connection. Before the Pacific, we wanted to chat with everybody. Moreover, we managed to create a selection of movies and a playlist not to become too wild. 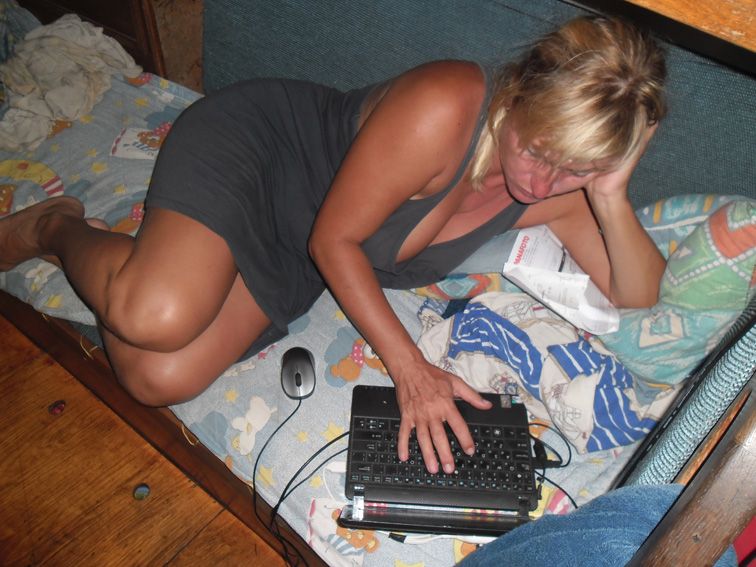 Finally, I found the reason for another problem with an engine – a fuel oil pump broke down. The engine started hiccupping in the locks, as it usually happens, in the Panama Canal. The failure was most disgusting – sometimes it worked, sometimes it sneezed. During all that time, I tried to figure out what exactly was wrong. I was fixing it, naturally, on a knee with a hammer, chisel, and strong language. 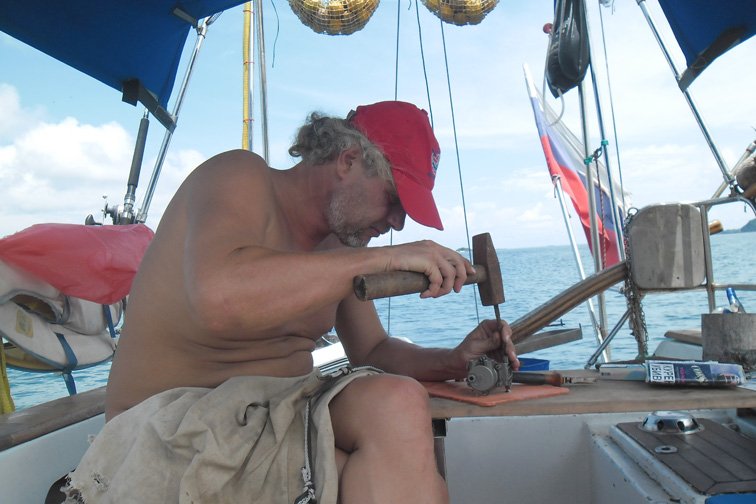 One evening, when walking around Contador, we met a couple with a boy who, having tripped over a cat, swore at it in pure Russian. That’s how we got acquainted – Vitali and Zhenya with their son. A very colorful couple – he’s a photographer and she’s a singer. 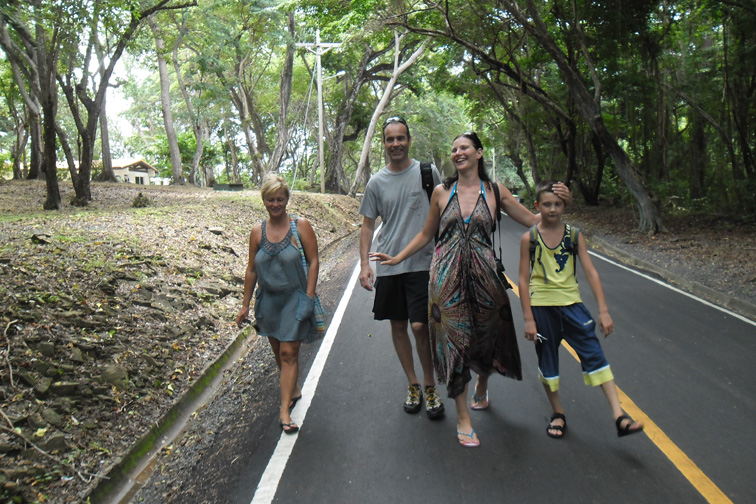 While the men were fishing, Lena and Zhenya walked around the island. 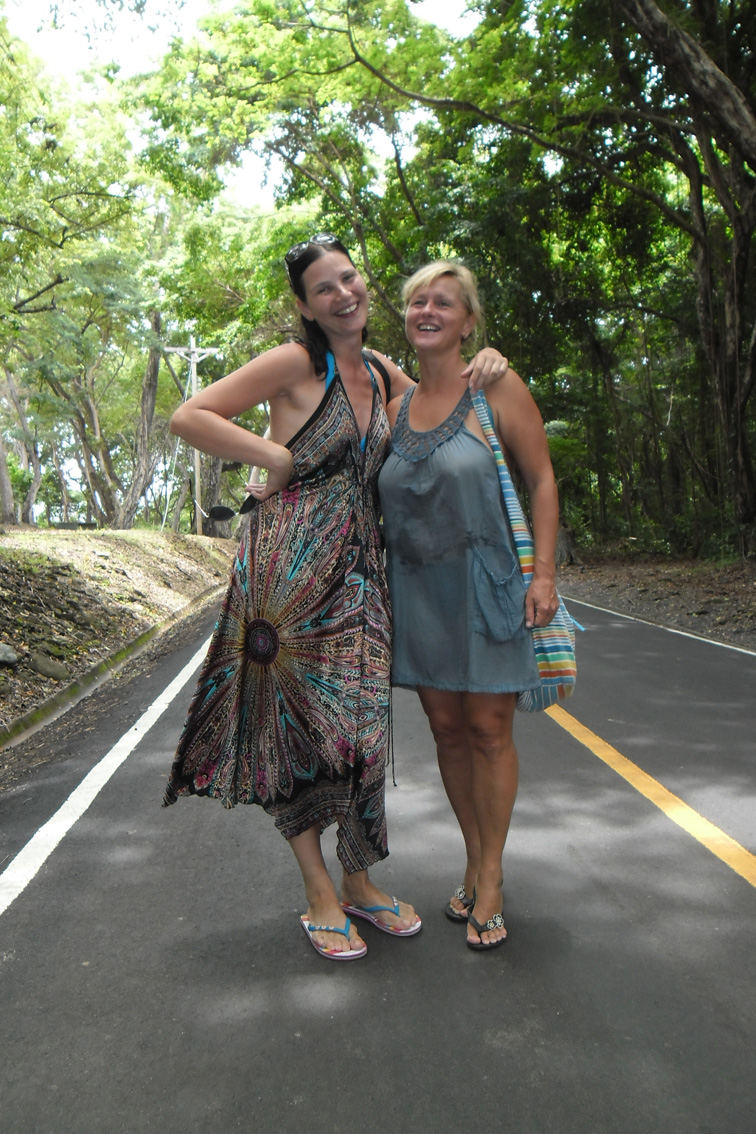 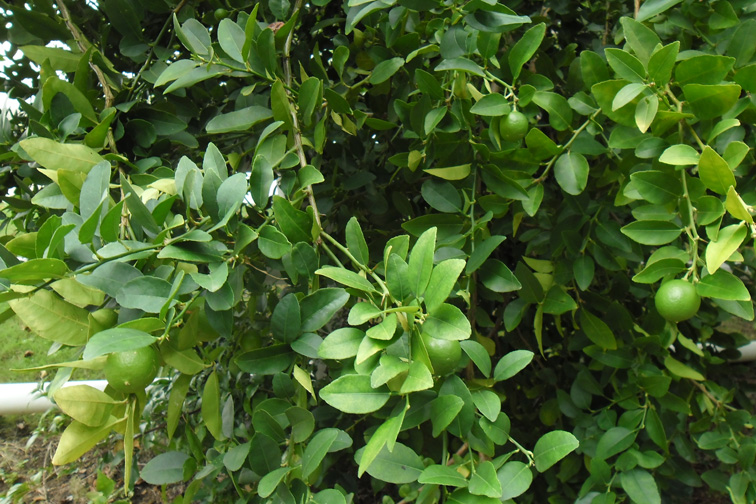 In general, life was almost like in the Paradise. 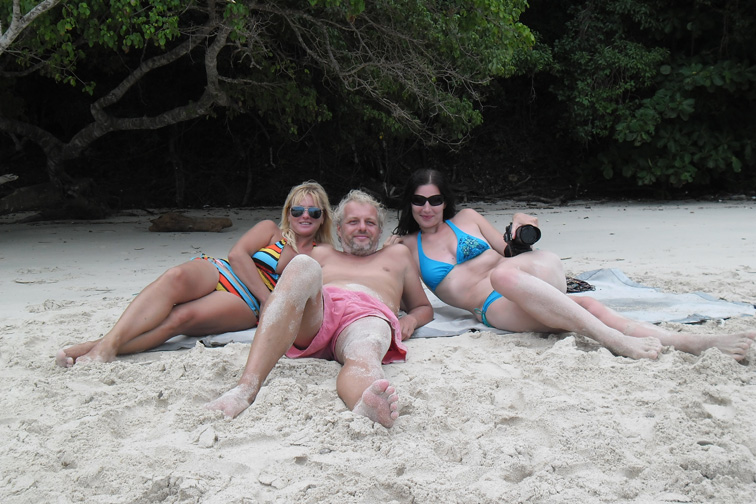 And then, imagine, after all that bliss, we needed to set the sails – see that small whirlwind? 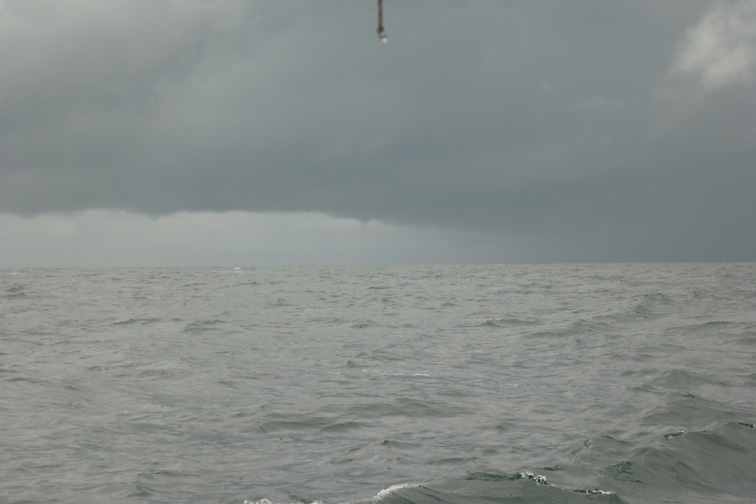 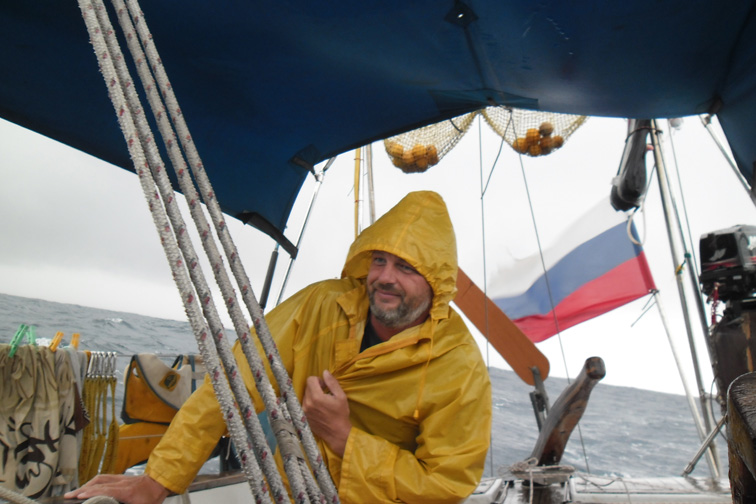 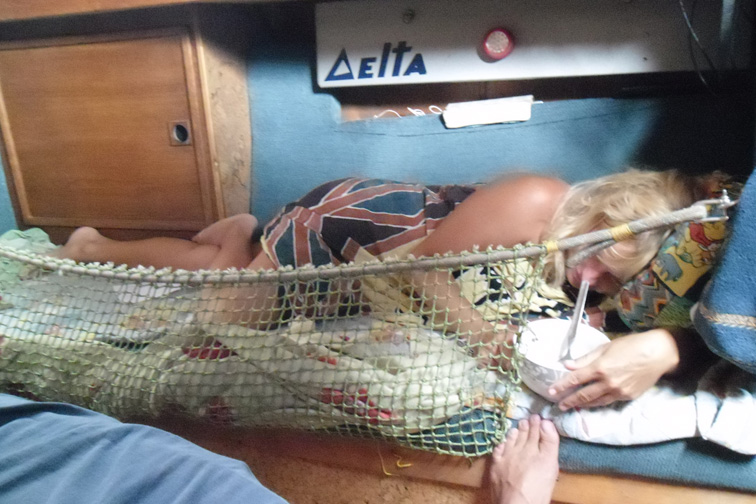 The shores were so that there was nowhere to hide. 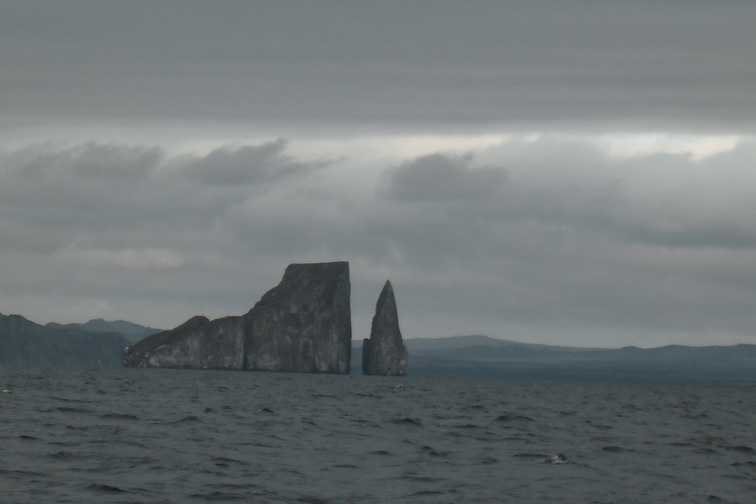 Anyway, we passed it. And there was a solemn moment – the EQUATOR. 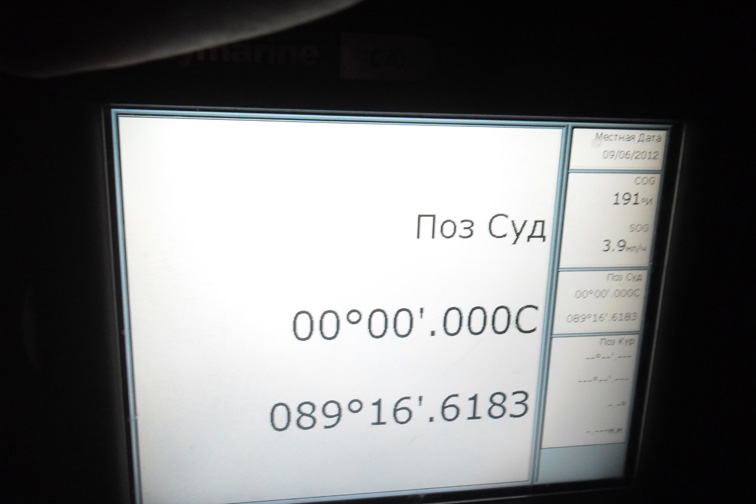 A toast to Neptune. 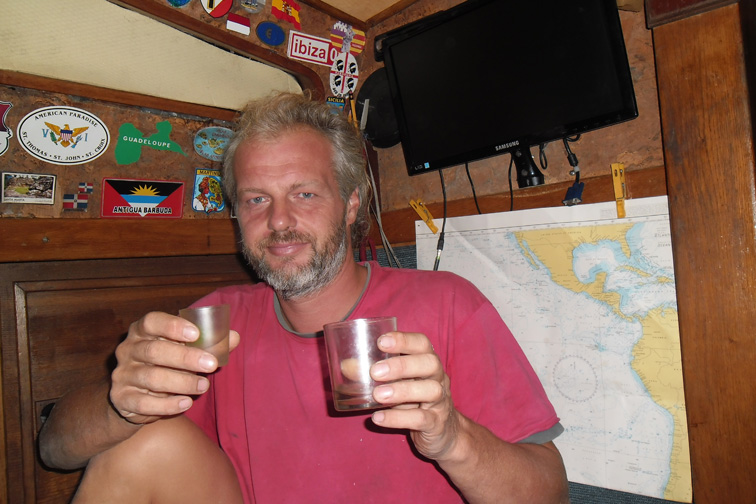 We washed it down with ocean water. 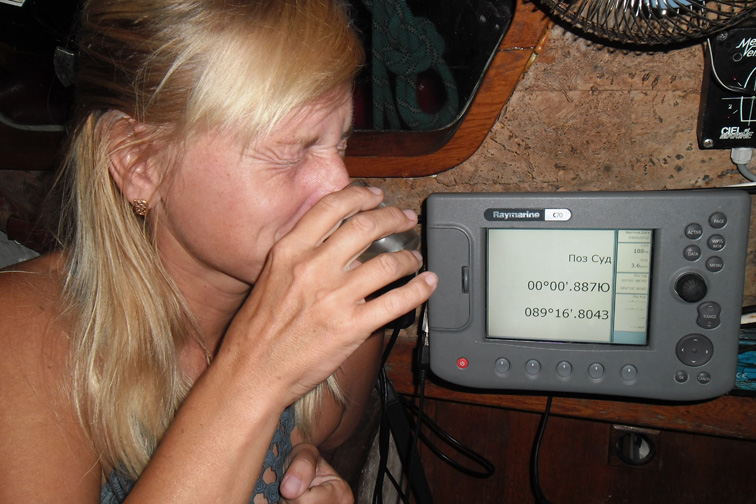 We tested GLONASS. It was operating, dear. 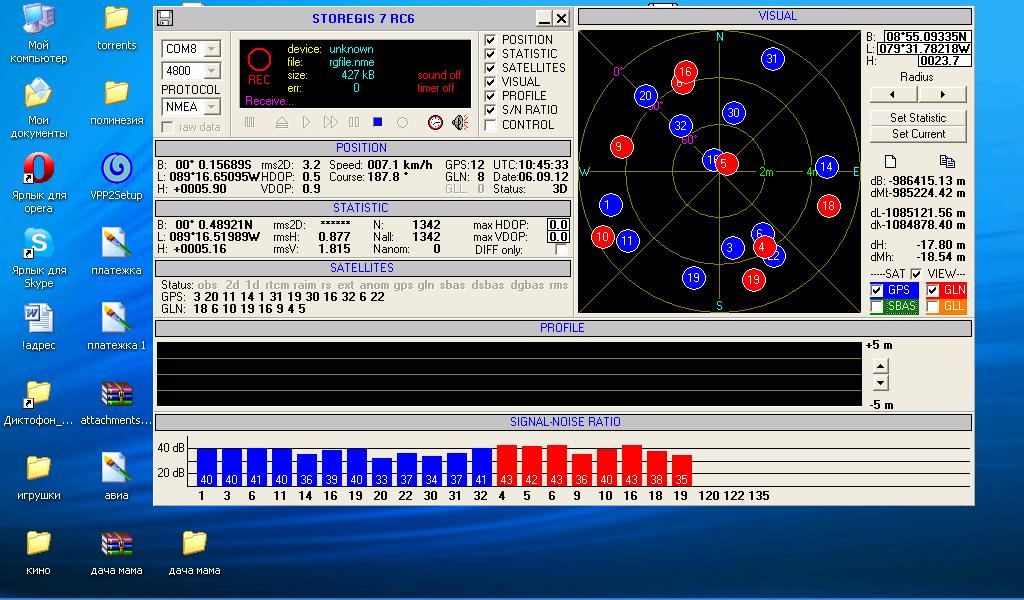 And in the morning, we got a gift from that very Neptune. 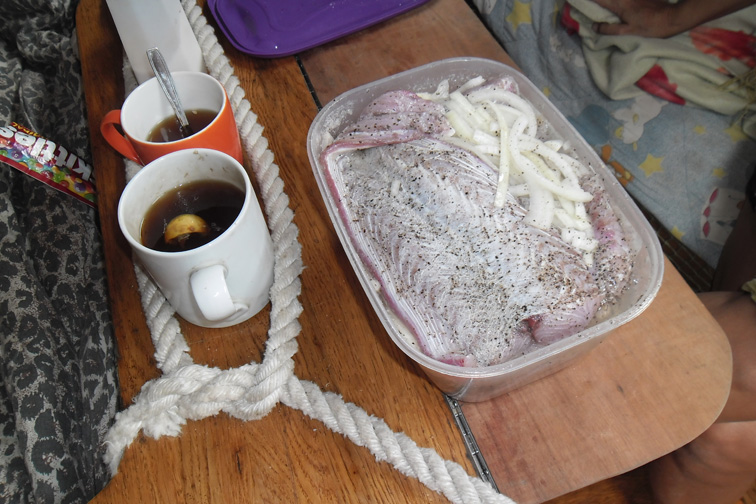 And, finally, here’s a riddle: What do you think it is? 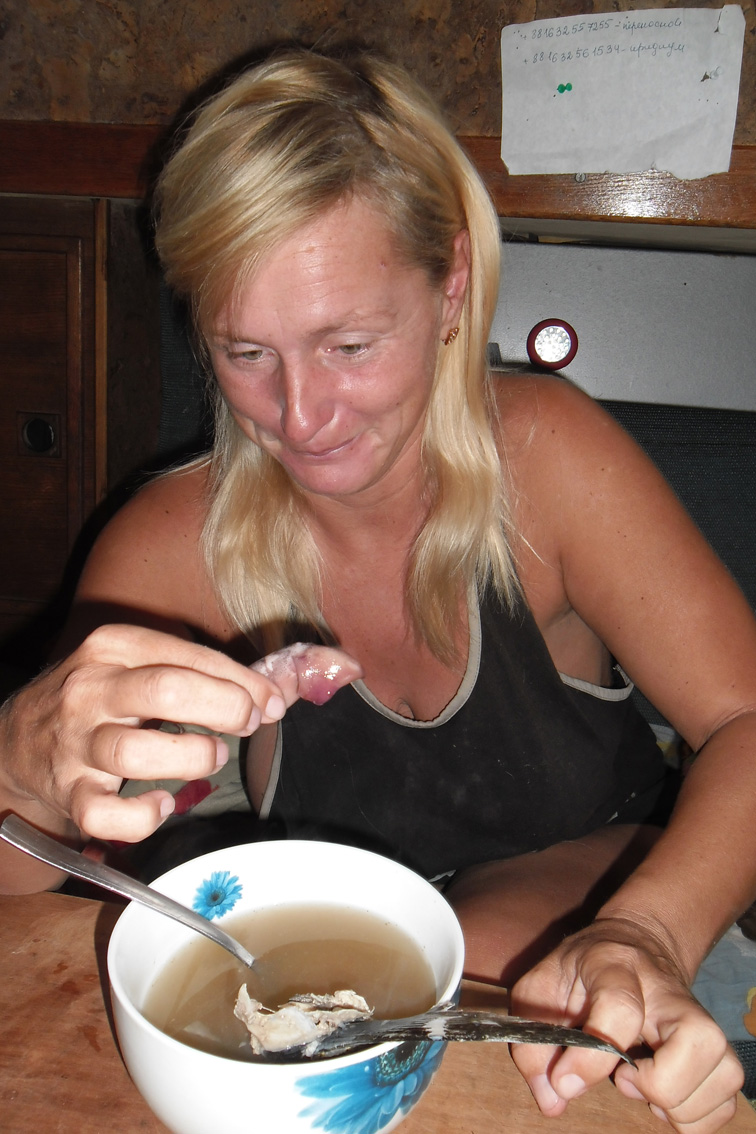