However, there are also turtles. 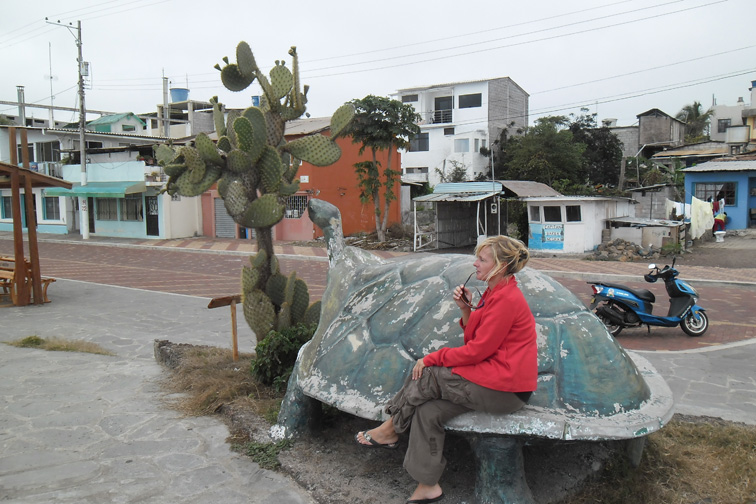 Yet, it’s too difficult to take a picture of them. They appear for a second to breathe in the air and disappear immediately. And a photo is called “A place where a turtle was a moment ago.” 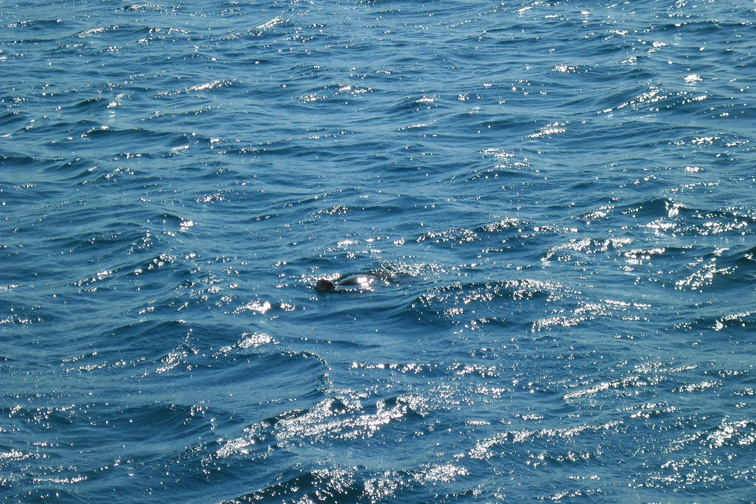 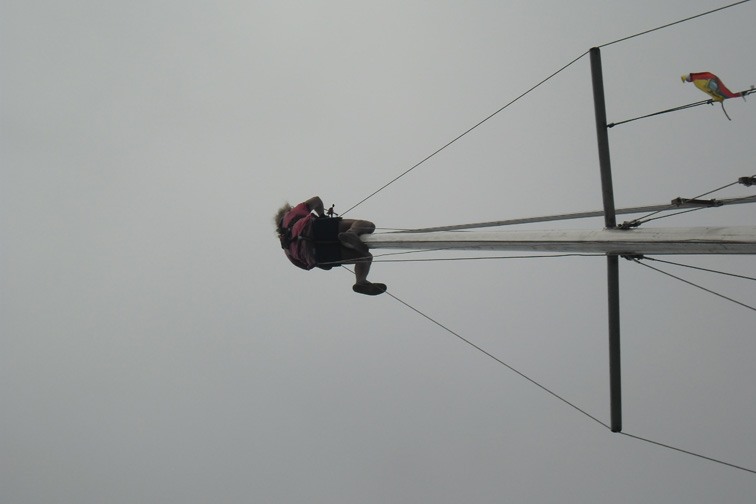 Checking all the ropes after the story with Sergey whose jackstay broke down amidst the Ocean. 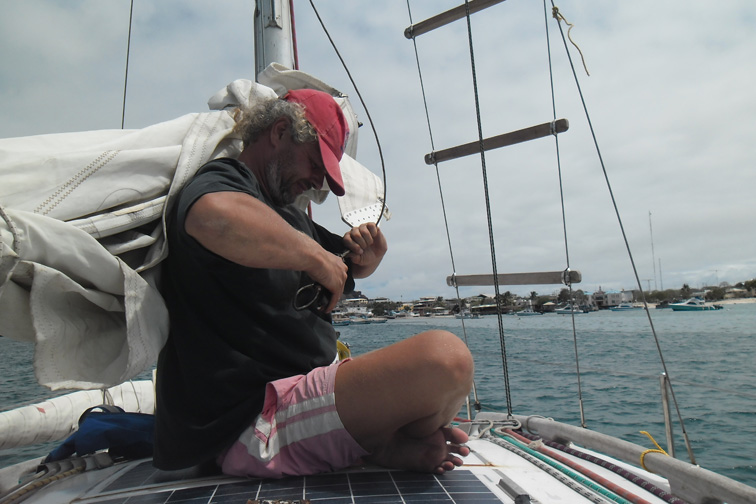 Lena is patching the sails. 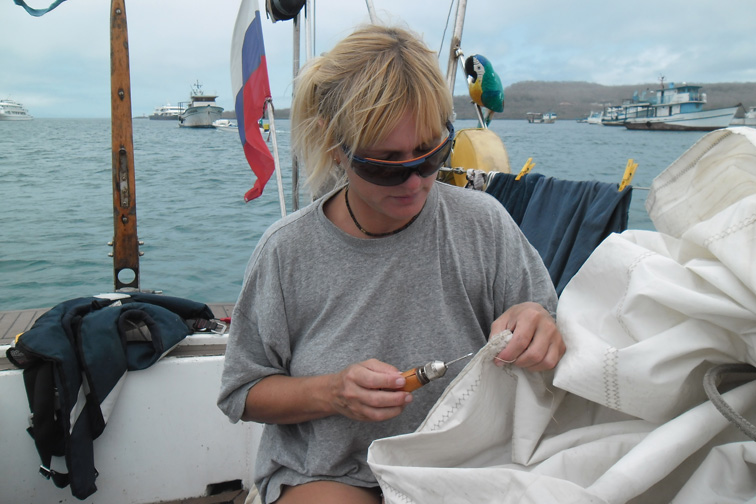 We carved out a day for sightseeing. The locals asked $120, so we decided to walk. 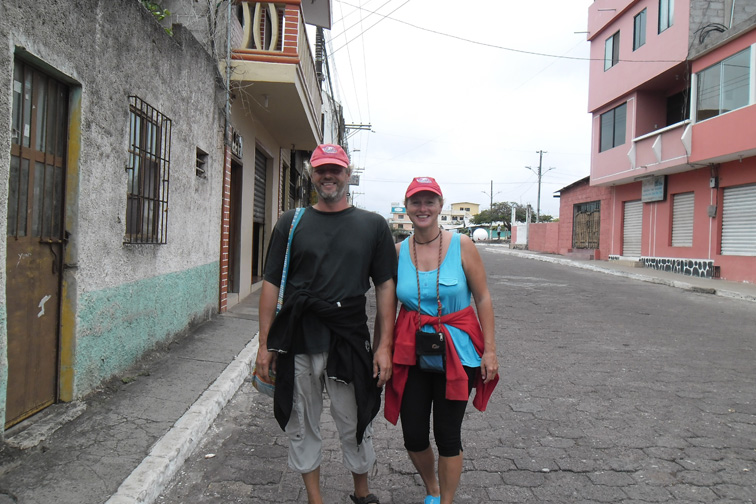 At first, we enjoyed the barren prairie. 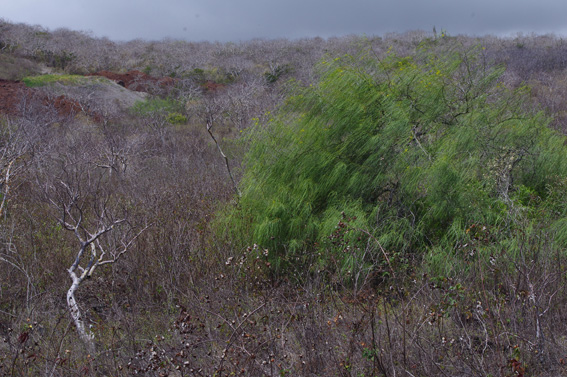 We mimicked a cactus to pass the time. 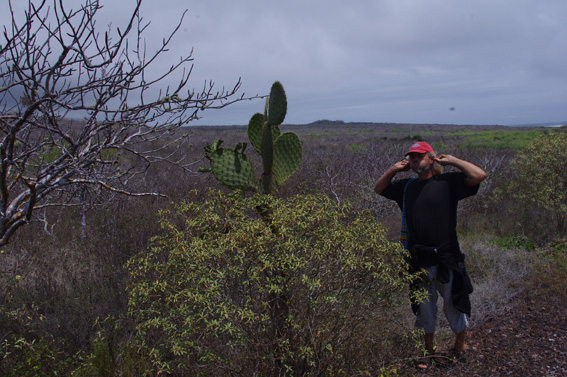 Lena found the only green bush and stepped into it with joy. It happened to be a coil of barbed wire. 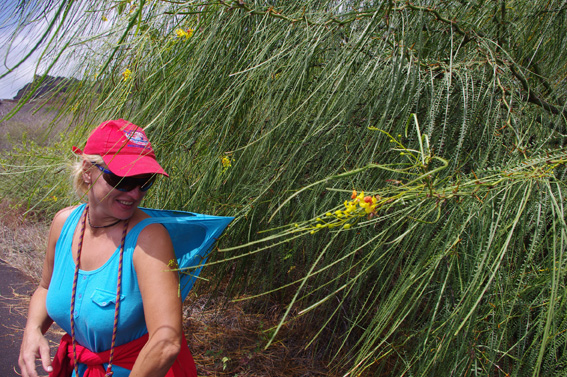 Finally, we found our way to what the locals call a beach. 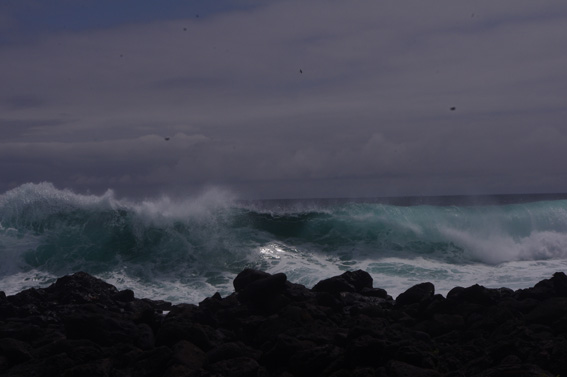 We realized that seals live not only in the town. 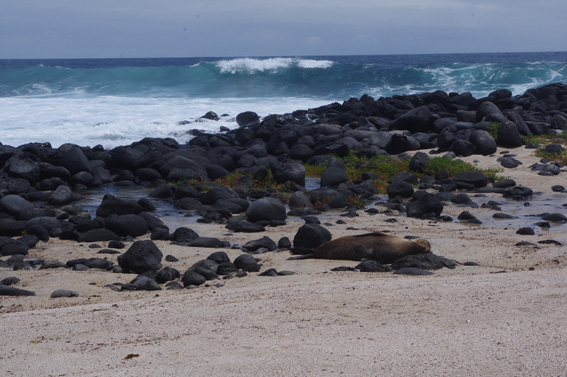 There are also impudent pelicans. 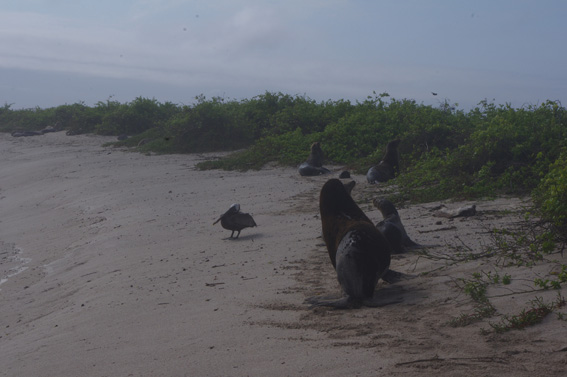 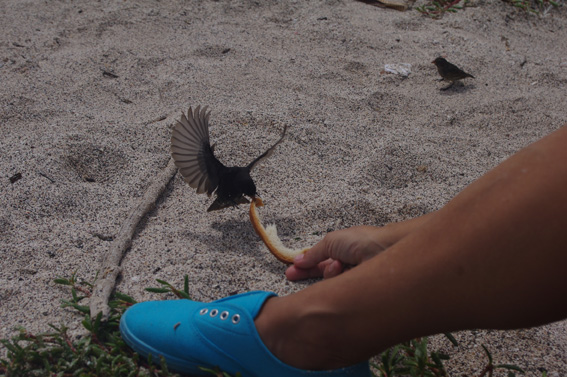 And strange stupid birds, too. 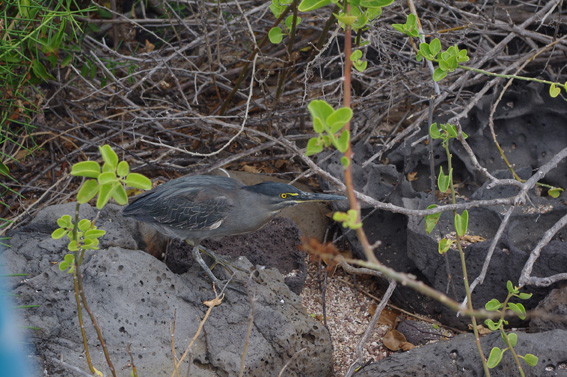 Having walked a bit further, we found some traces. 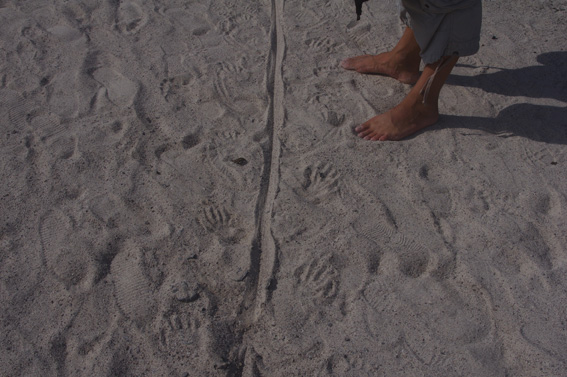 And then their owners. Exceptionally vile creatures. They are said to be edible. 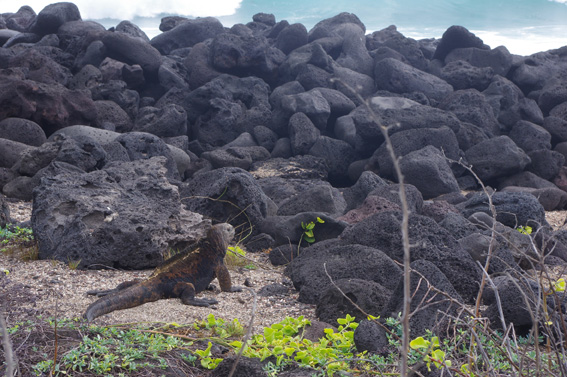 I tried to make a film about the life of iguanas. 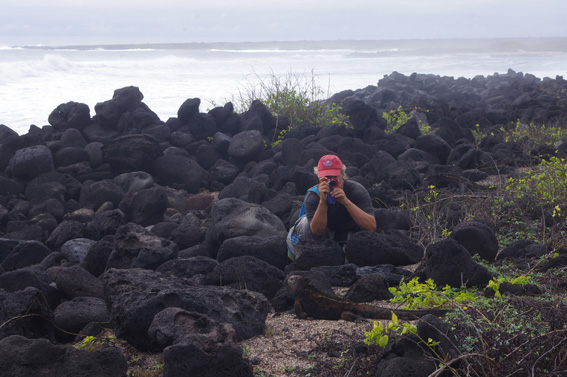 And Lena was watching their habits… 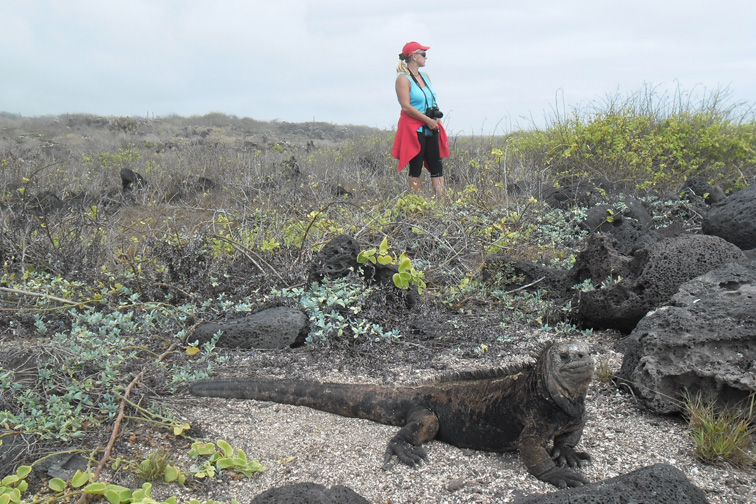 And here’s the riddle of the post: How many lizards are there in the picture? 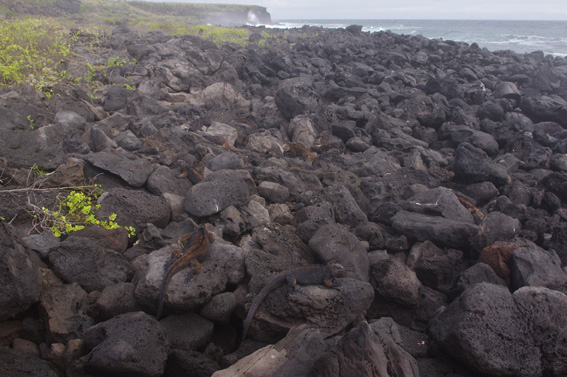 It’s a small squid. At night, they fly aboard together with flying fish. We pick and eat them. 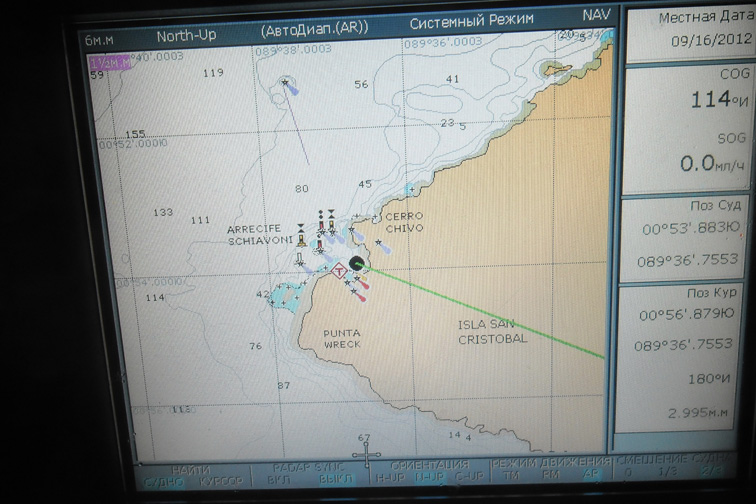 We should hurry and fix the gear and get out of here.