It’s a great myth. To be more precise, not a myth but self-PR of genius. The matter is in the Peru Current. A huge mass of water moves from Antarctica along the South America right here. It’s clear that it doesn’t have time to get warm, as it is covered by low rainy clouds like a can of beer taken from a freezer. 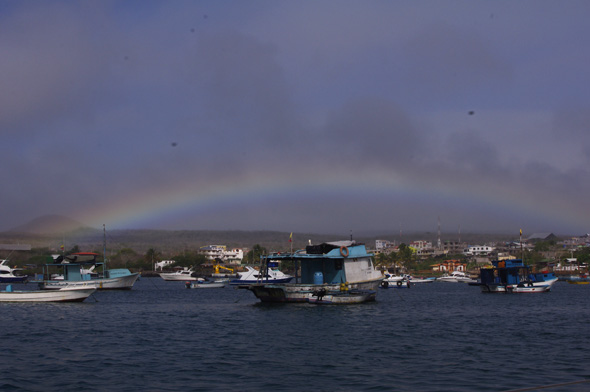 It’s really COLD on the Galapagos islands. What I mean by saying that it’s cold? It’s very much like a rainy June night in the vicinity of Moscow. It’s not just impossible to get into the water, it’s disgusting to step on it. Low gray clouds, drizzle, and strong wind. Sometimes, the sun peeks out scantily. To trot to the aft to pee and then back under the blanket to get warm. The islands are unclad like a cripple, there is no vegetation at all. There are almost no beaches – just black volcanic rocks around. 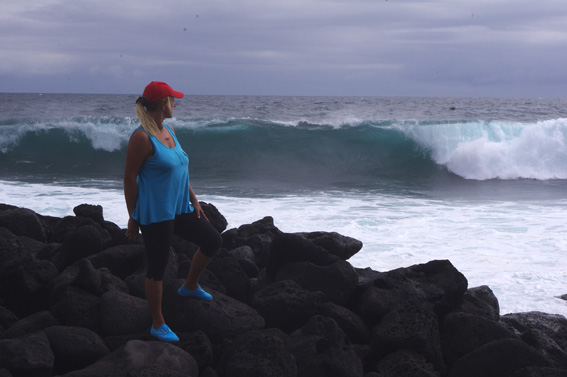 And wild surf everywhere but for some bays. 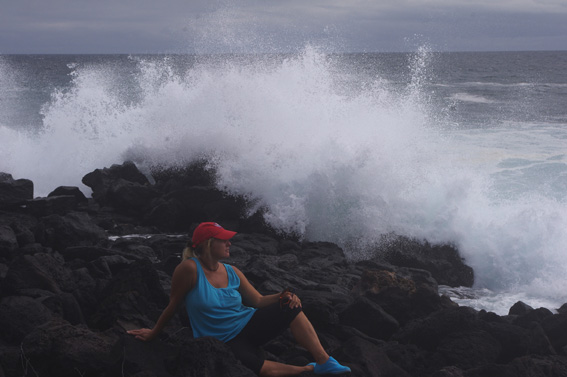 Naturally, compared to the Caribbean or Panama Islands, with their rich greenery and a warm and gentle sea that is full of life, there is absolutely nothing to catch here.

The residents of the Galapagos Islands thought of how they will live and invented an ingenious thing – they declared the entire islands a national park and lured fur seals and nasty looking lizards! Bravo! And now tourists from all over the world, like insane, buy tickets for $100 just to COME ASHORE! (No more than to come ashore as to see some sights is a separate thing). 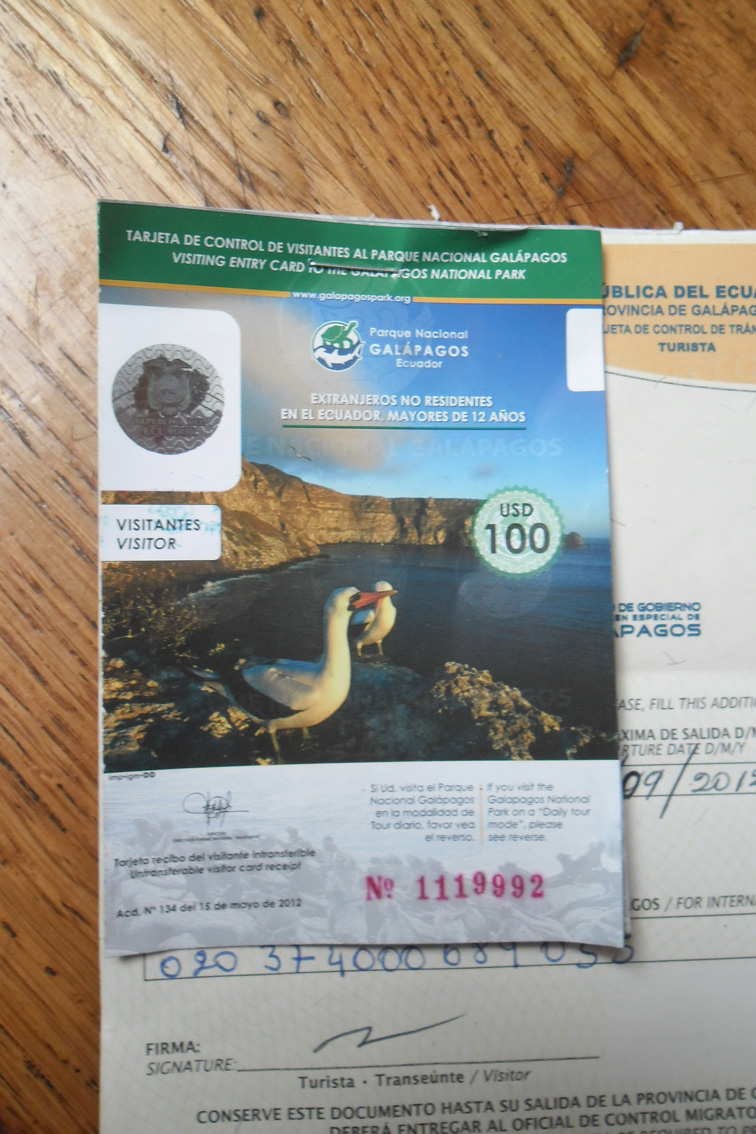 They make yachtsmen do the same and allow them nothing. One cannot lower a boat, fish, or sail to another island. If something’s wrong, then a fine is $25, 000.

Well, ok, yachts have no options. The Galapagos Islands are, after all, like a jump before a passage across the Pacific. But what about the others? I don’t understand it. Only in this bay, there are a dozen of huge tour boats and they never stay idle. 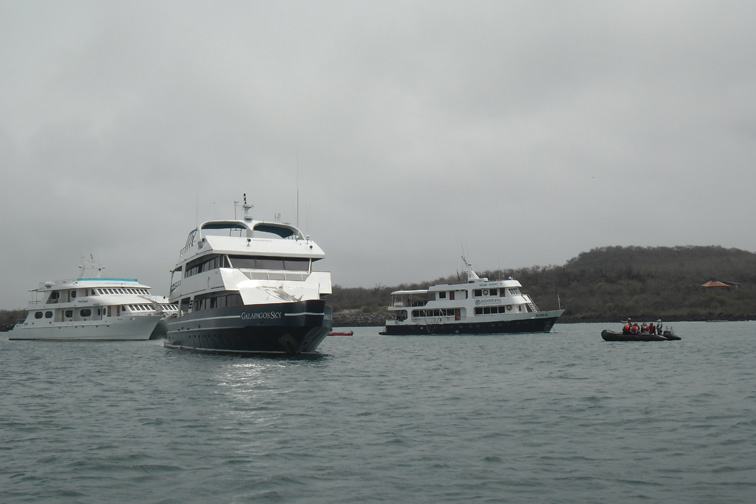 The rest is quite nice. Please take a taxi to get to the shore (a dollar per person). 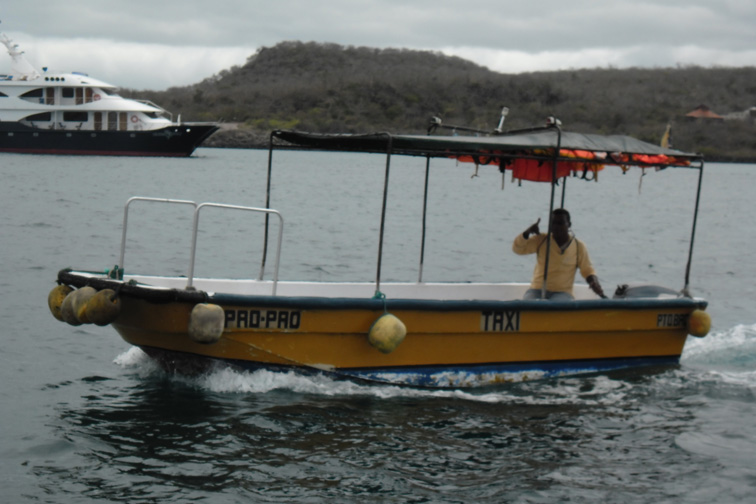 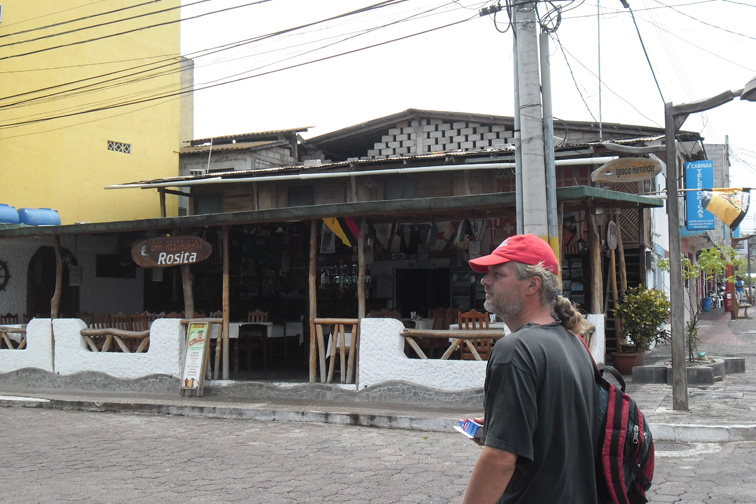 A fountain is a map of islands. 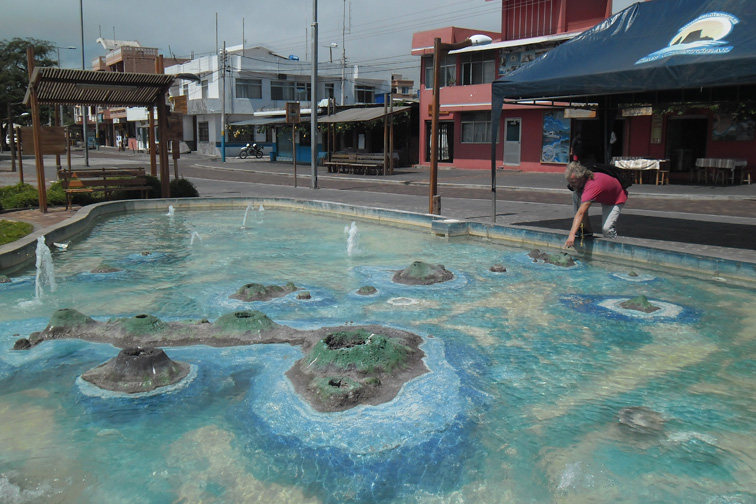 Their own propaganda team. 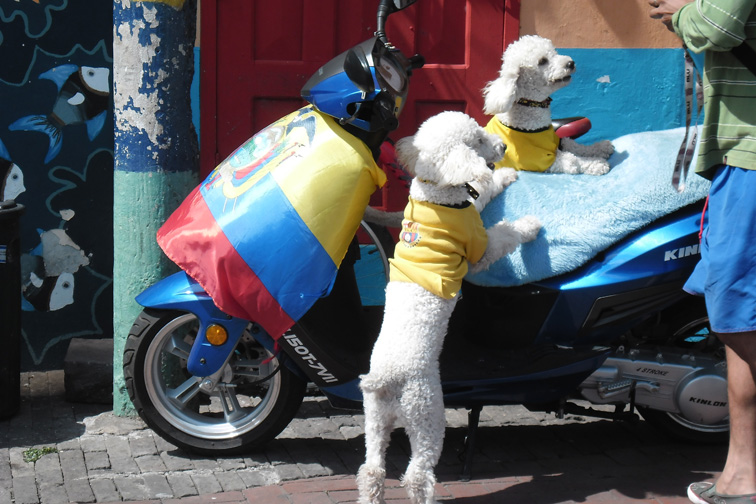 There are laundry facilities. 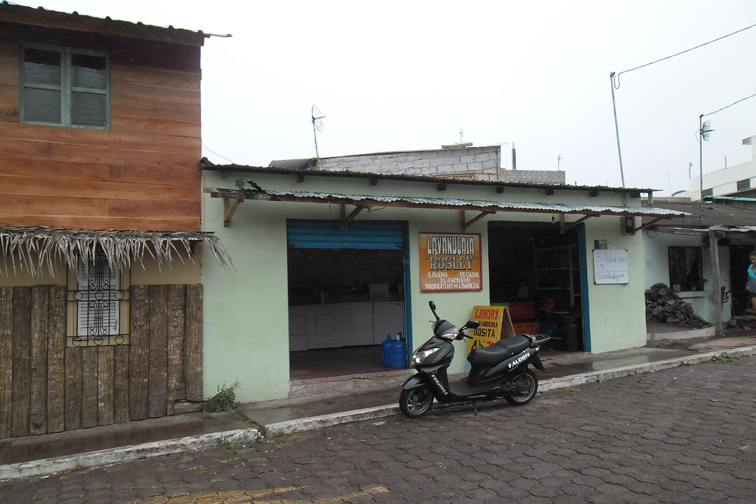 An Internet café with a funny screensaver on the display. That’s what a real Galapagos citizen dreams of. 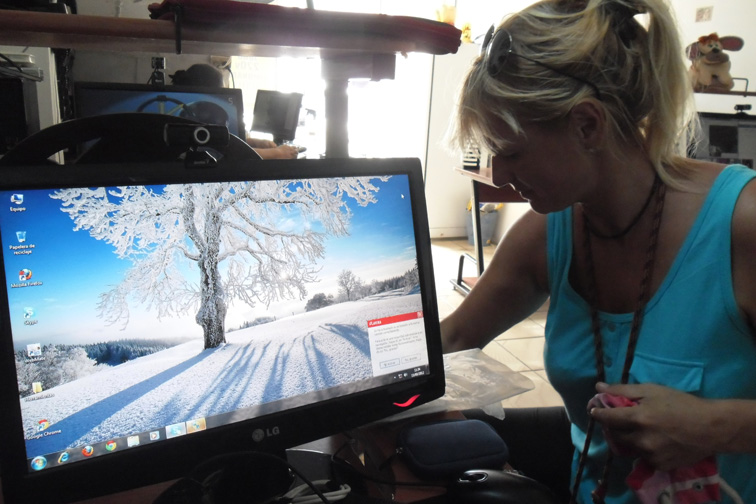 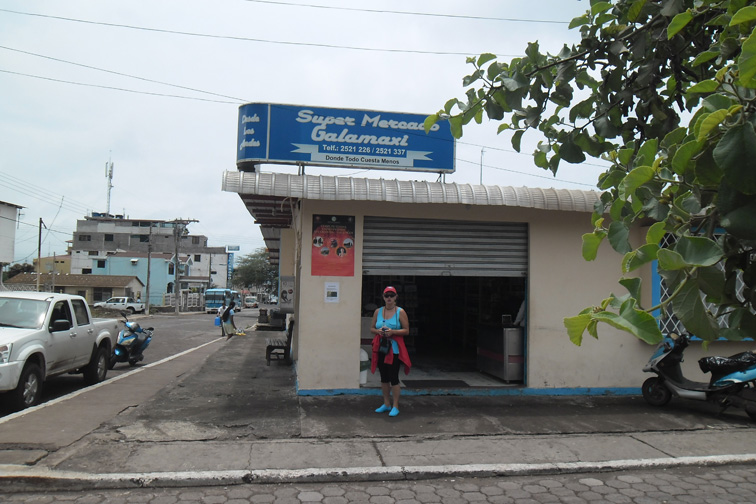 Where everything is delivered by boat. No boat – no food. 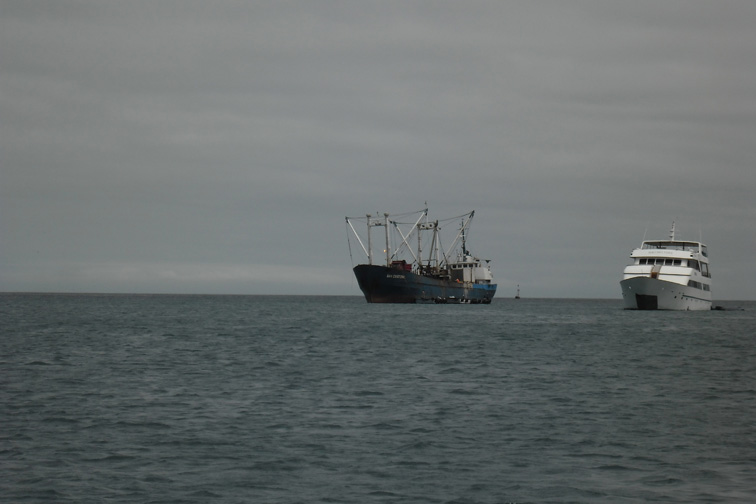 And, of course, fur seals. For some reason, they proudly call them sea lions. 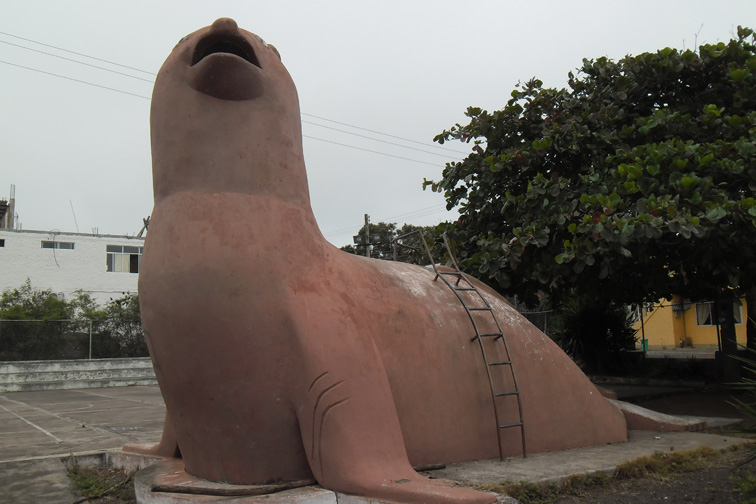 A terribly lazy, always sleepy being with the intellect of a mongrel.

Your morning may as well start as follows. 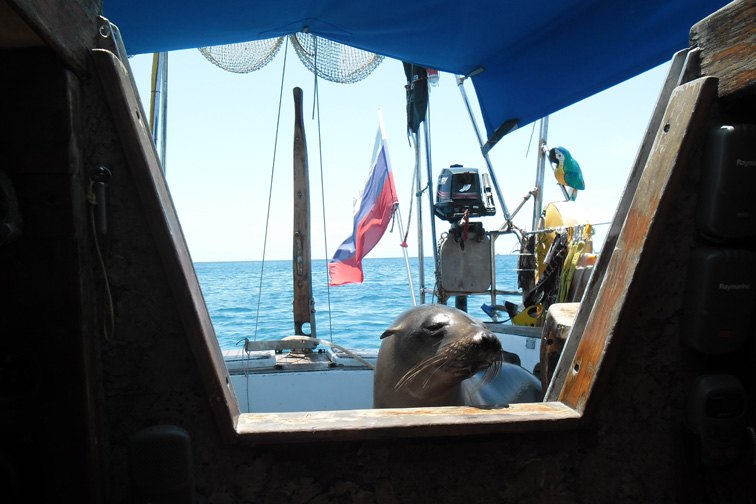 After a long explanation that they are not allowed to enter the cabin, they lay on the bedding. 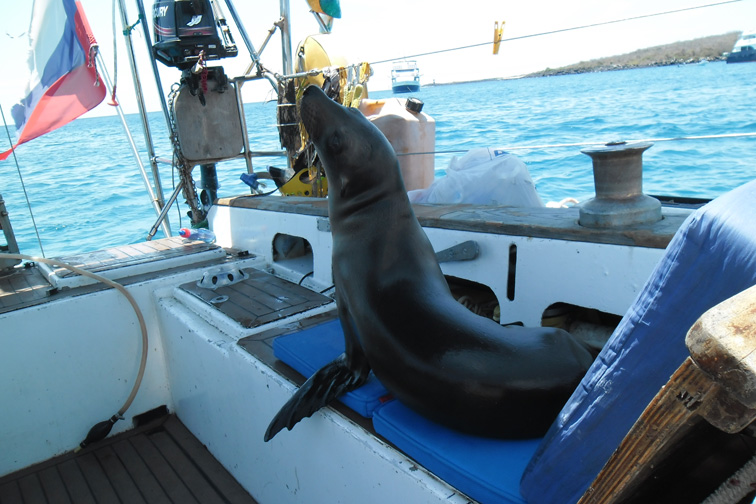 Why it is not allowed to lie on the bedding, it did not understand at all and even got offended. 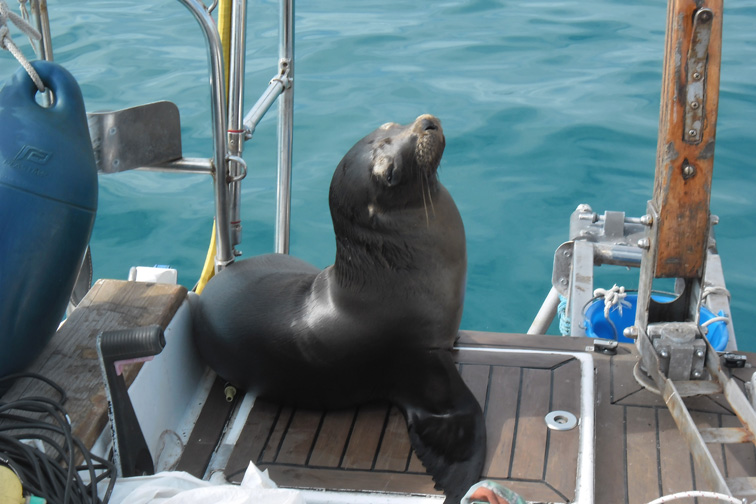 Boats with nobody on board are wrapped with barbed wire. Unwrapped boats look approximately as follows. 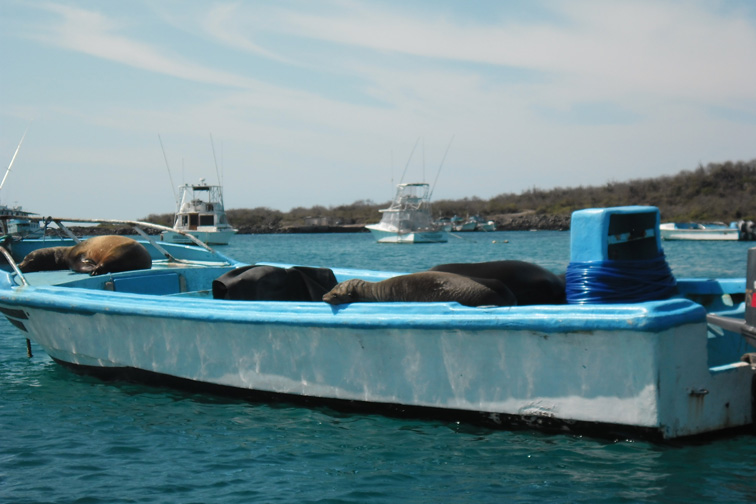 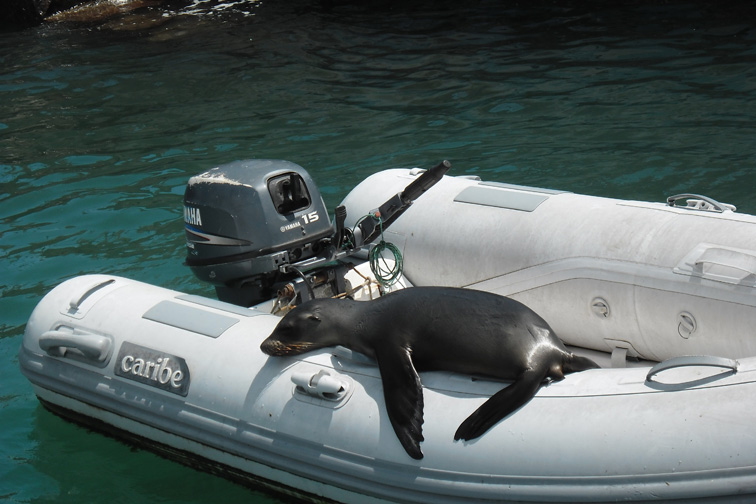 In the town, they are everywhere – on the dock. 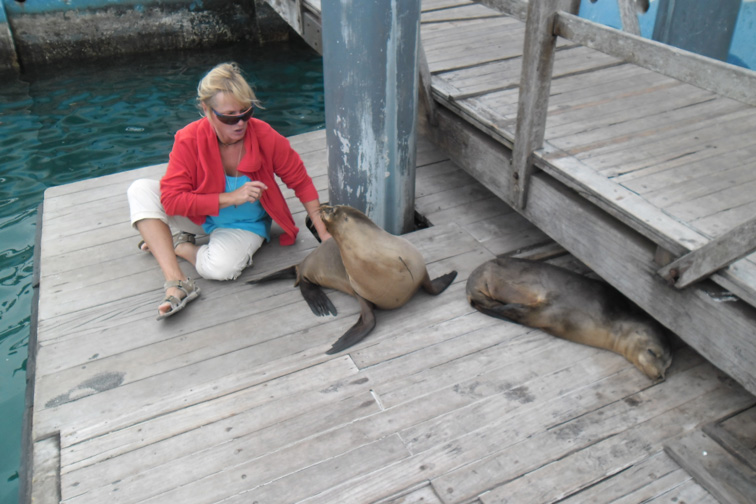 And in the water. 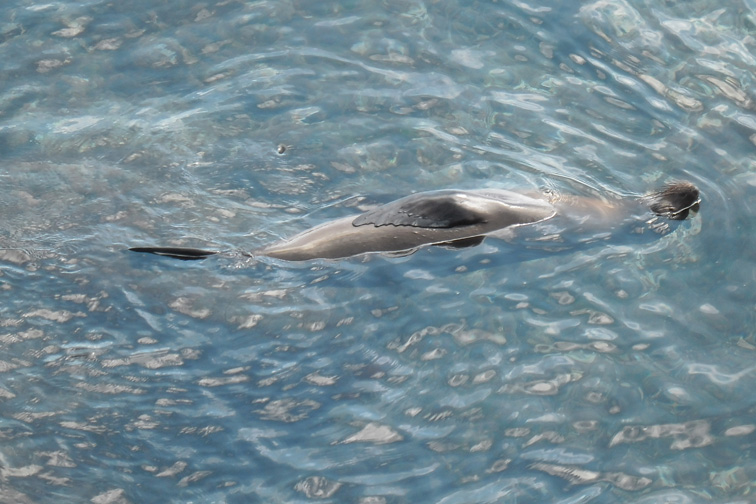 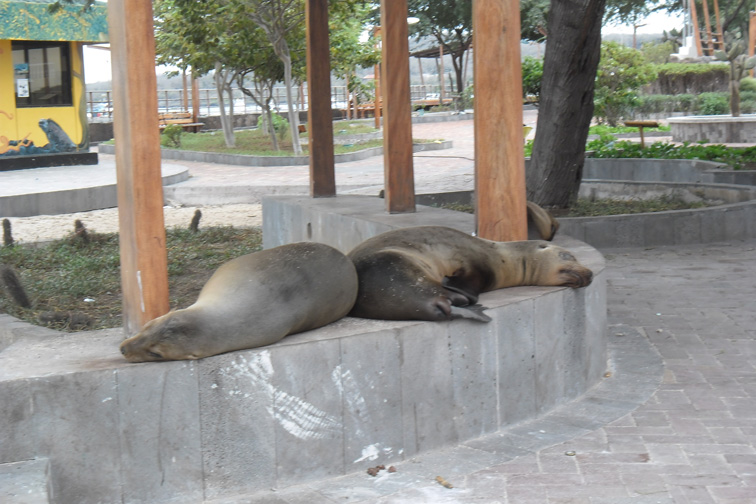 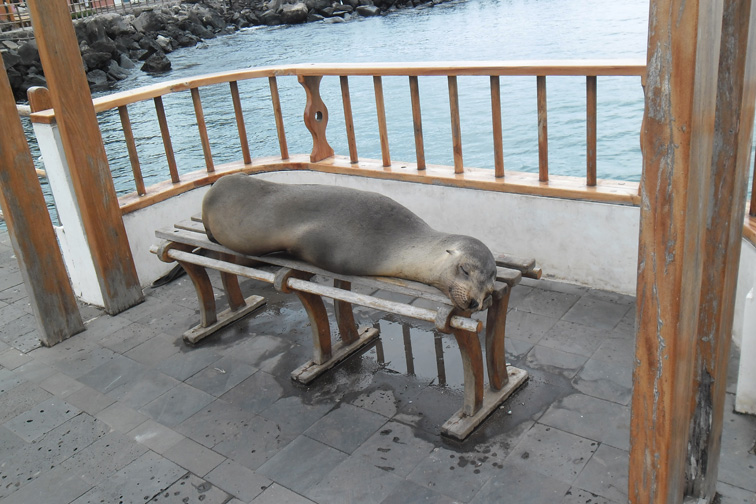 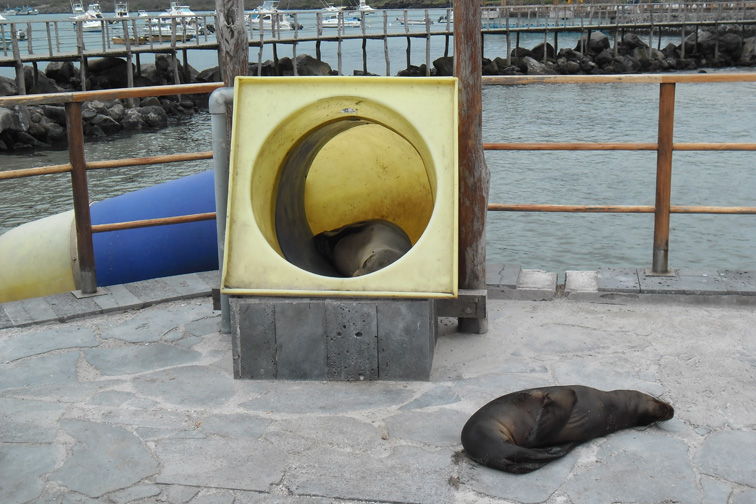 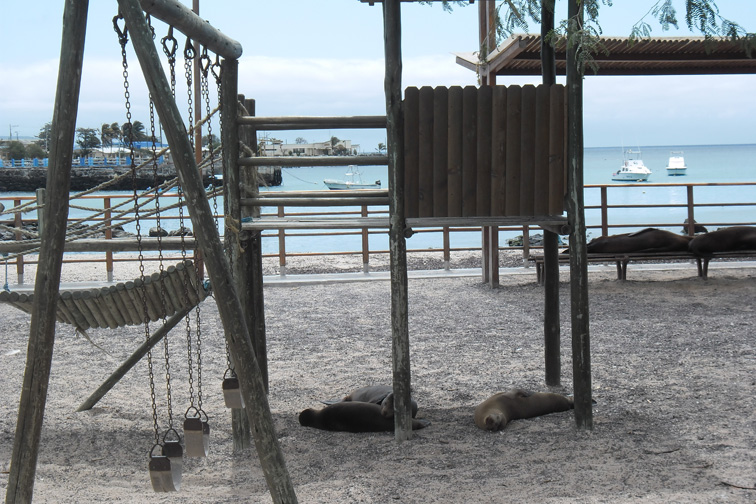 You can even talk to them. 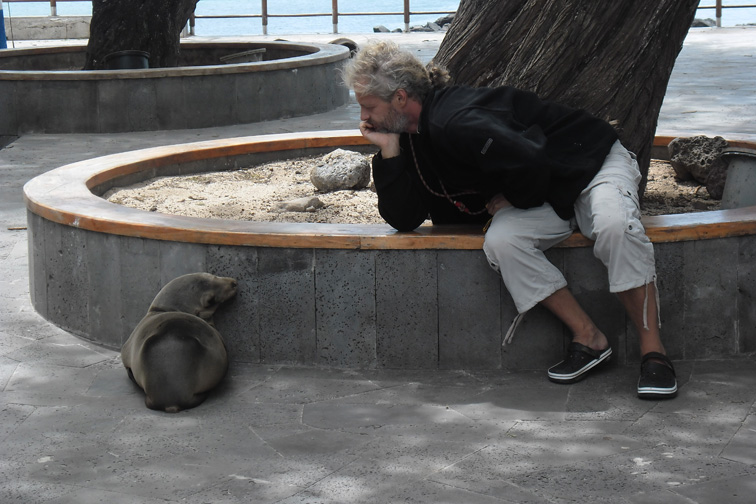 At first, it’s nice. After a while, you pay no more attention to them than to a mongrel. 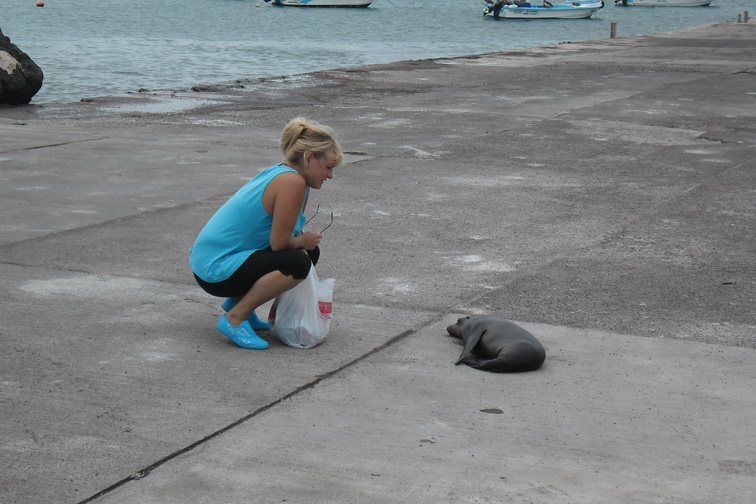