When leaving, we tested how GLONASS navigation worked. GLONASS works even in Africa. We passed by Casablanca, decided not to enter it, but we saw the Mosque which is westernmost and second largest in the world after Mecca. 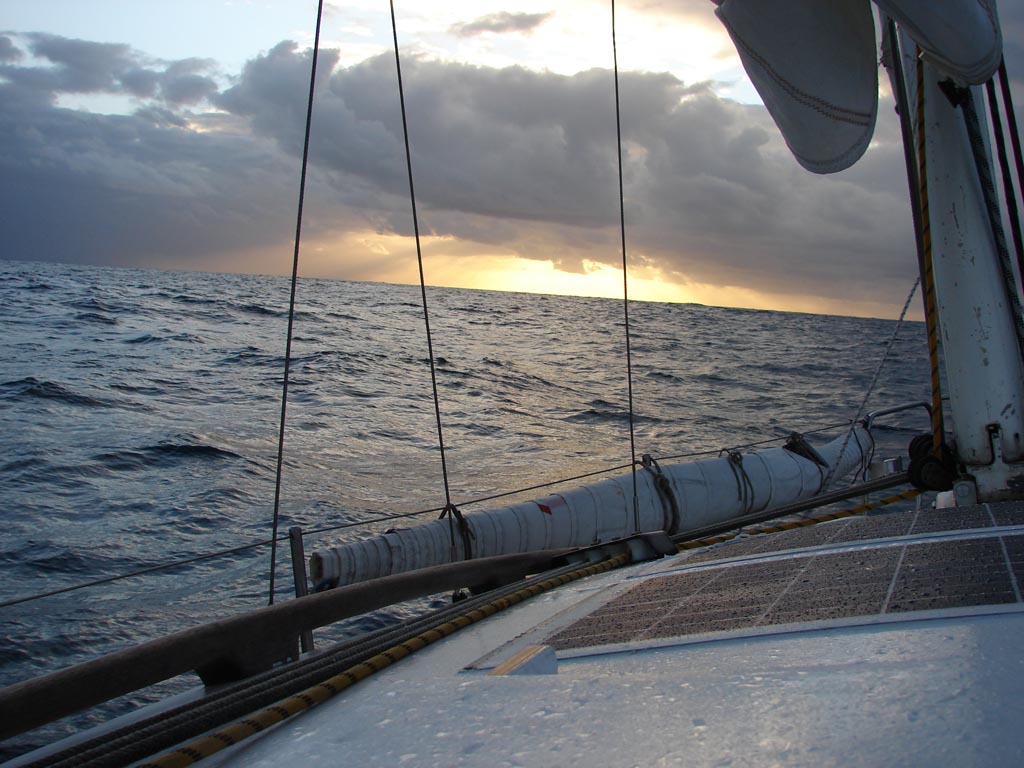 On November 23, 2011, sailing by the coast of Morocco, we entered the city of El Jadida. It’s small, with narrow streets and friendly citizens. 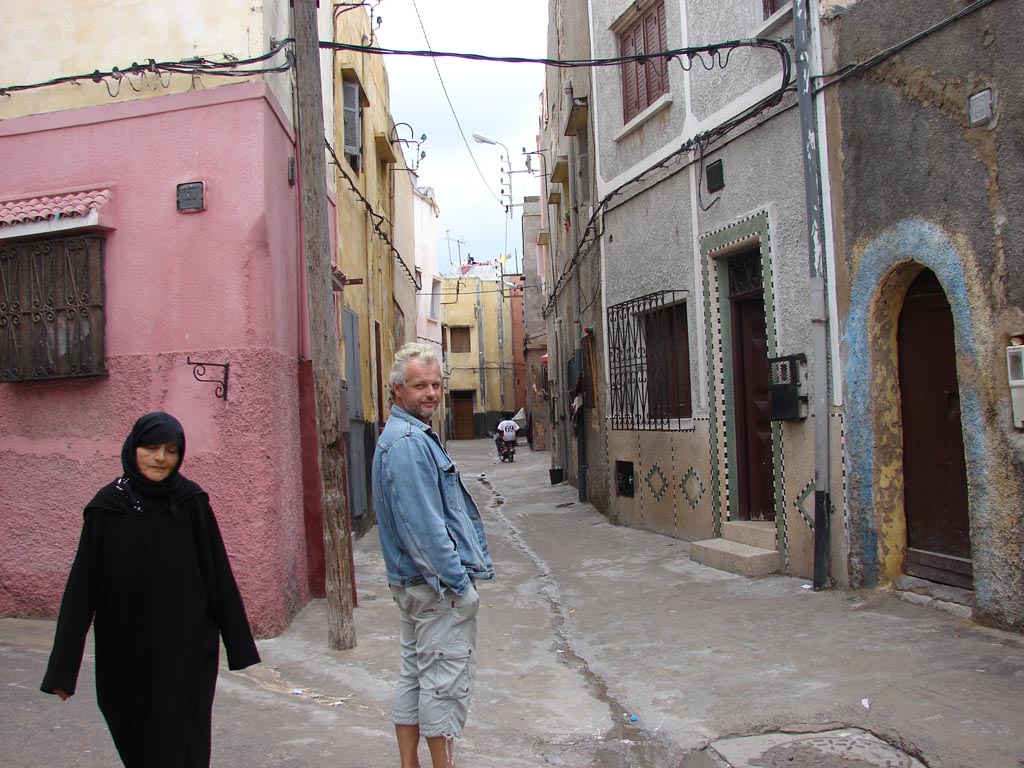 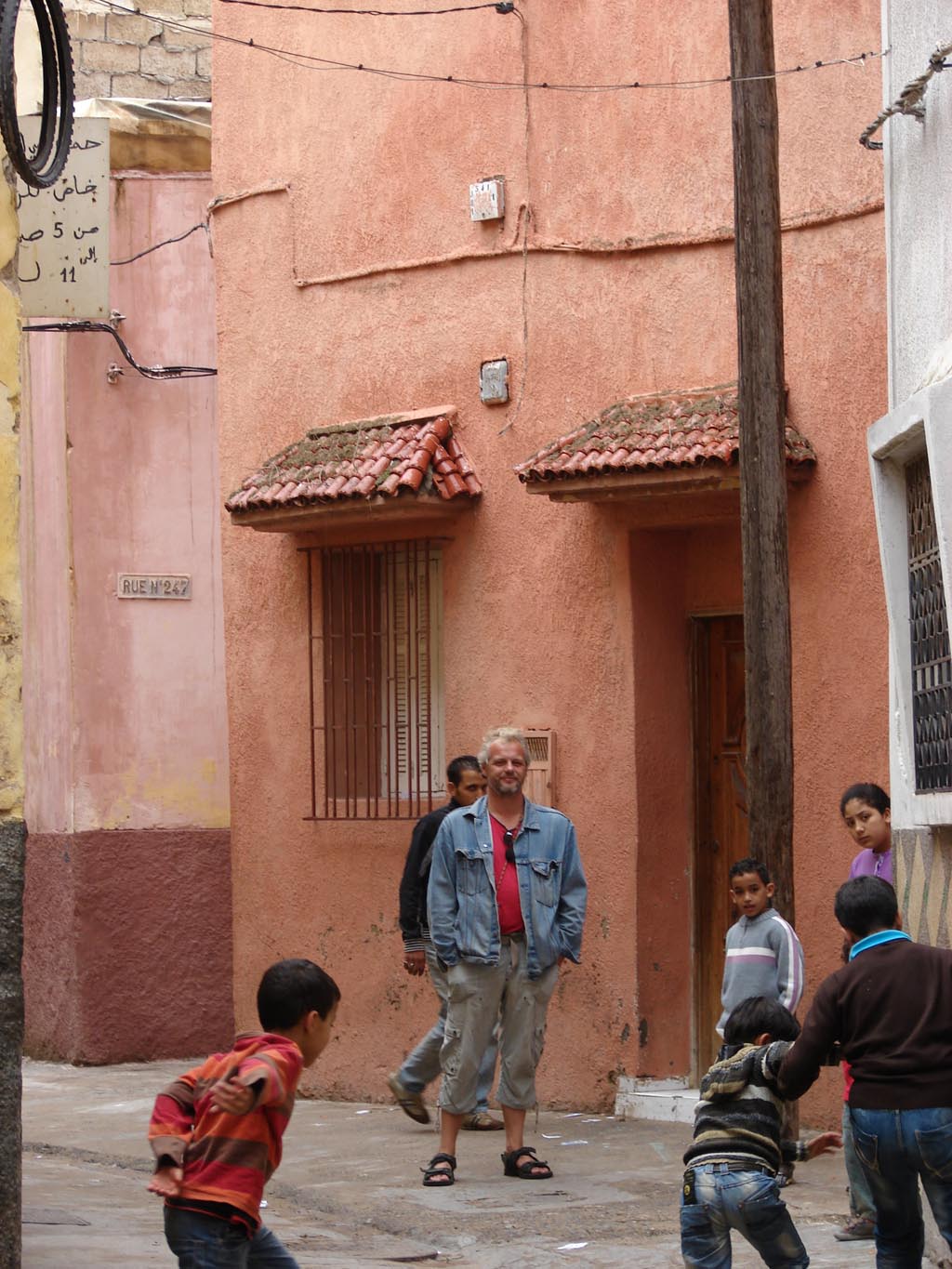 Having explored El Jadida, we continue our GLONASS expedition. 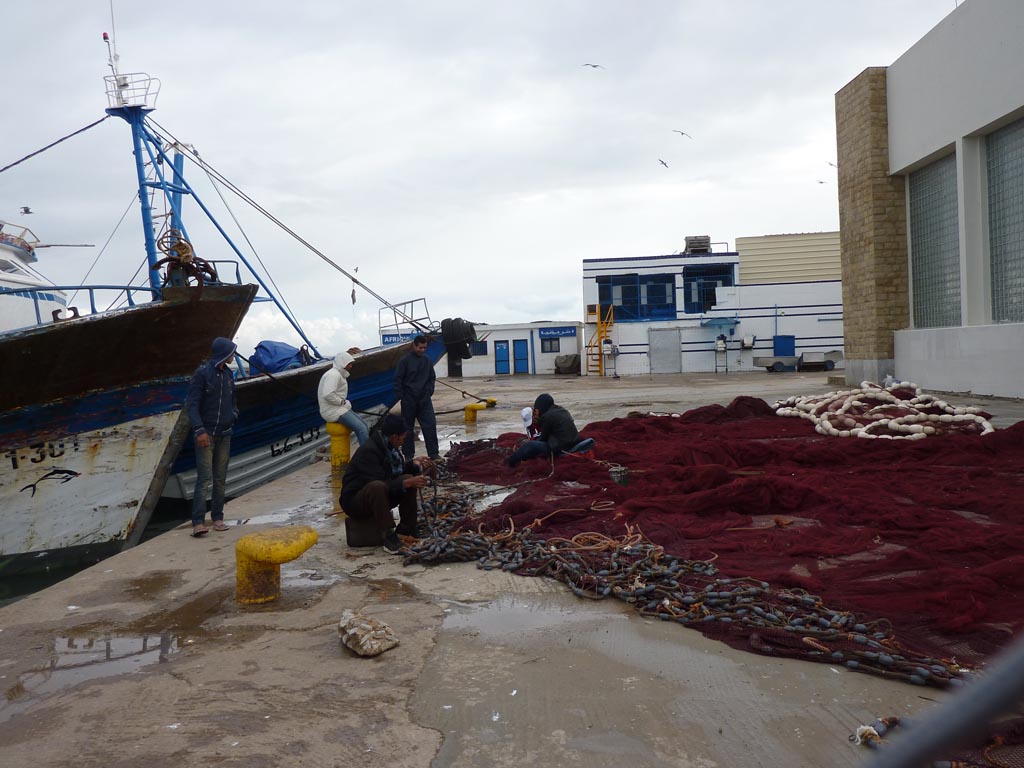 The harbor of El Jadida is about 100 meters in diameter. The entrance is no wider than 20 meters. And the depth at low tide is two meters. We entered it at night. Without reliable GLONASS navigation this would have been sad. Yet, in the morning it’s beautiful! But for the border formalities we had to pass at EACH port AGAIN. Notwithstanding that, I made a bet with the port captain that no vessel under the Russian flag had ever entered the port. He revised all the records for the last twenty years and officially assured that we’re the first. 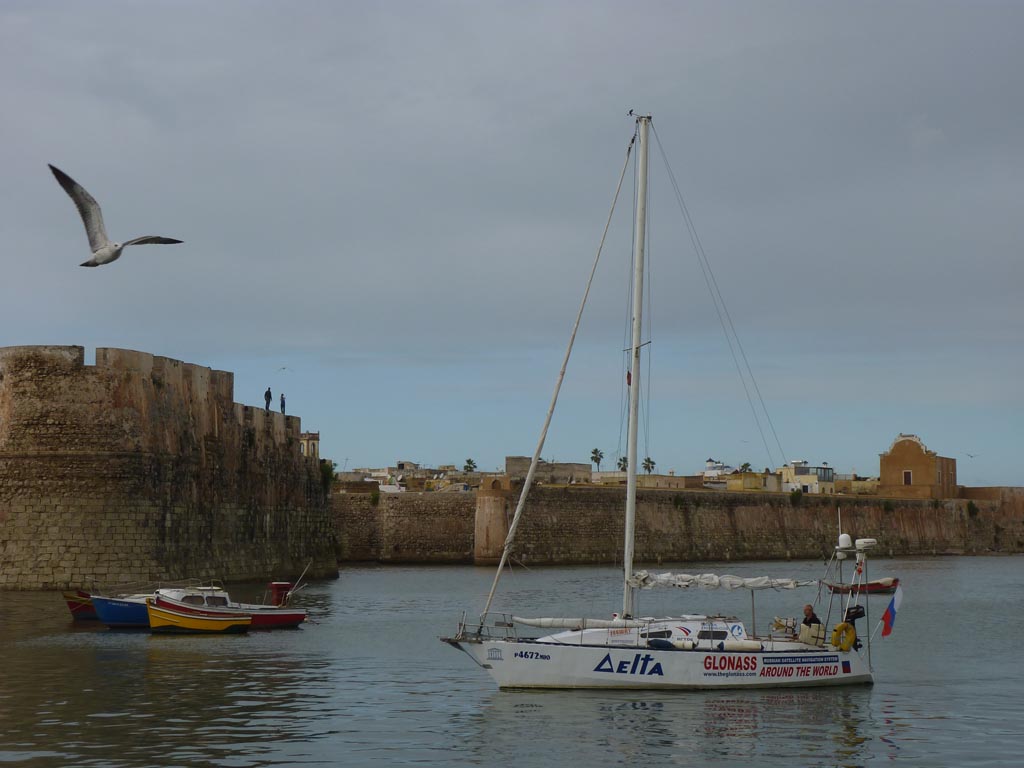 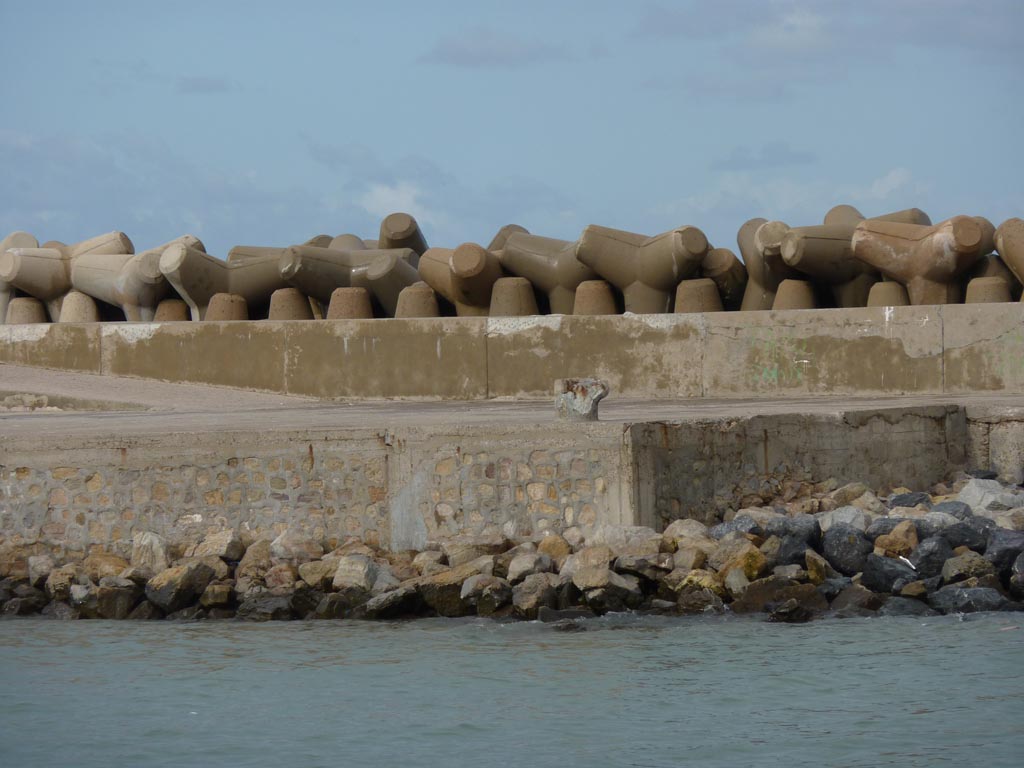 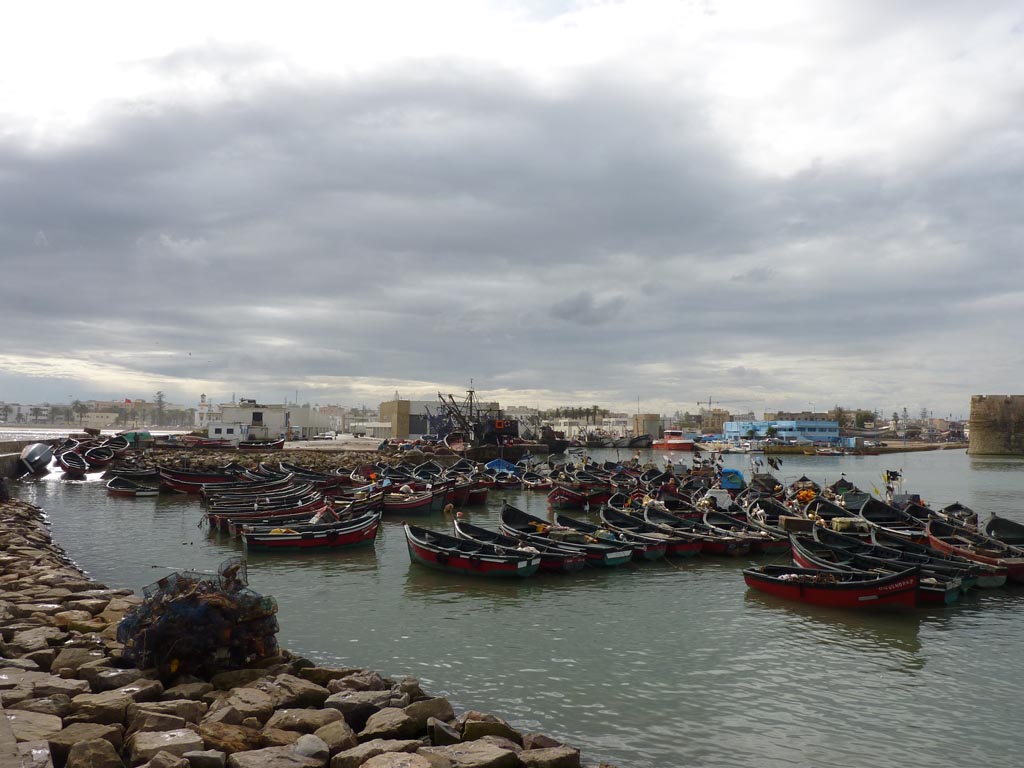 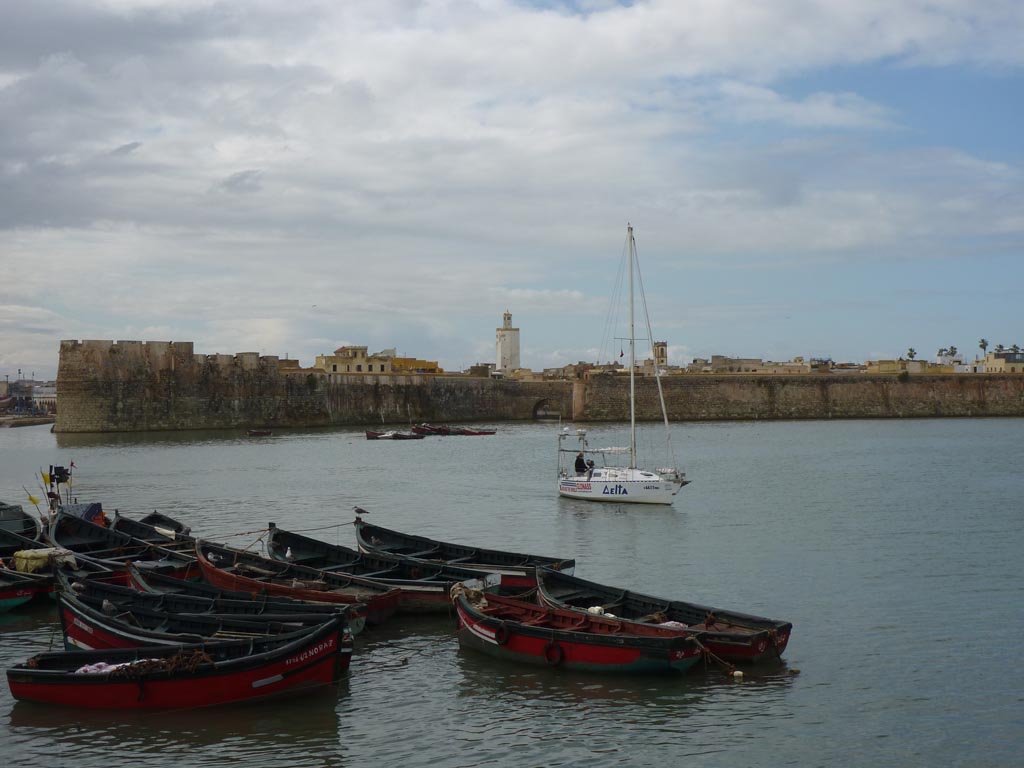 As usual, we’re testing navigation by GLONASS. The accuracy of its indicators is satisfactory. 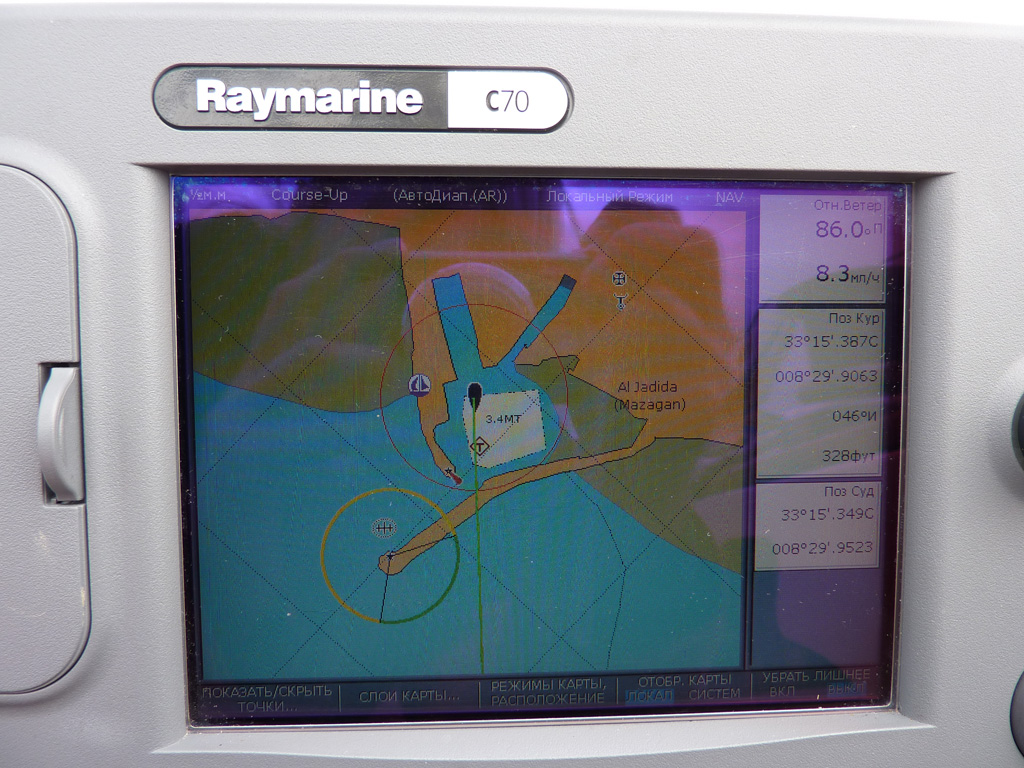 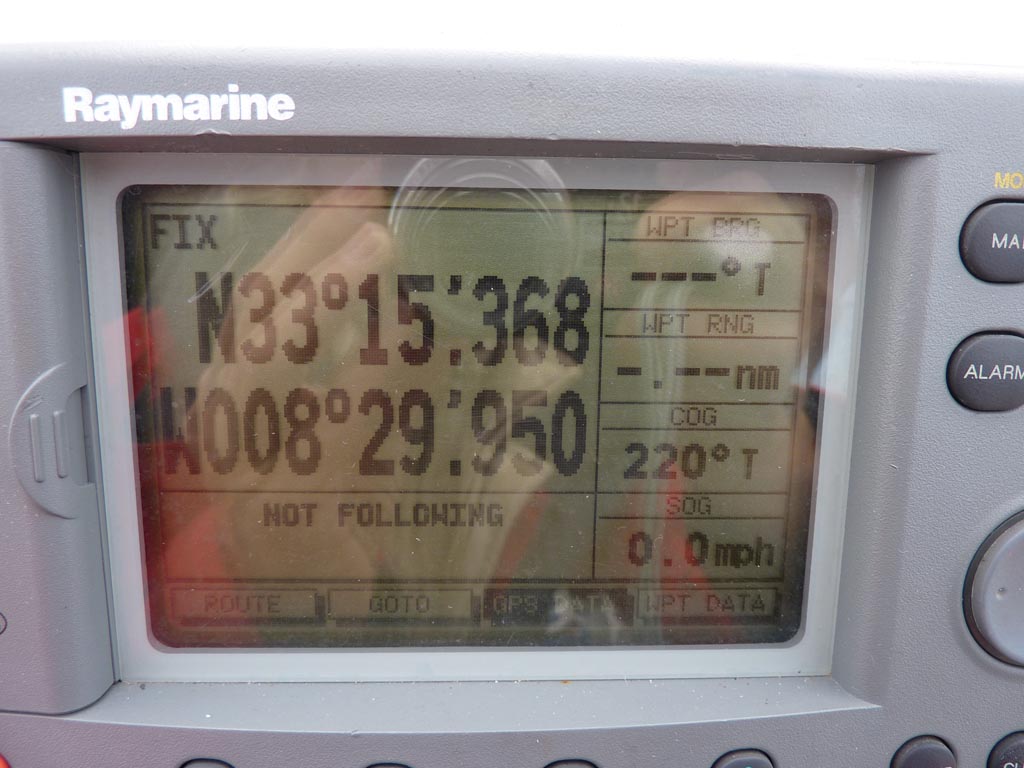 GLONASS Navigation Satellites in the city of El Jadida, Morocco